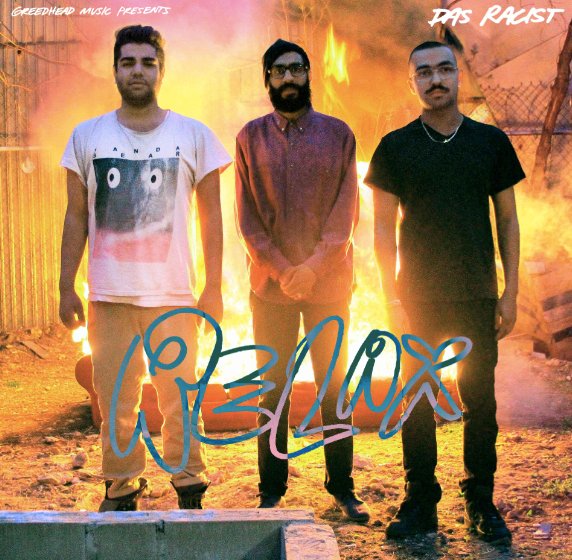 Relax is a 14-track collection of crass, referential, fun, dumb party rap songs with hyper-exuberant synth productions. Lead single ‘Michael Jackson’ is a prime example. A chorus hook that goes “Michael Jackson! One million dollars! You feel me?’. It’s complete nonsense but it’s got great lines like “Yeh I’m fucking good at raaaaaapppppiiiiing” set to a hyperactive beat (the just-released video actually detracts from the song IMO) . Other highlights are the Blood Diamonds-produced steel-drum ‘Girl’, the El-P featuring ‘Shut Up, Man’ (with what sounds like a sample from Beastie Boys’ ‘So What’cha Want’) and ‘Power’ with Danny Brown and Despot.

Album of the week then, no doubt helped by this album’s breezy accessibility and lack of seriousness – something I certainly needed this week to get me through work mountain. Relax is on Spotify or you can buy it on inSound.