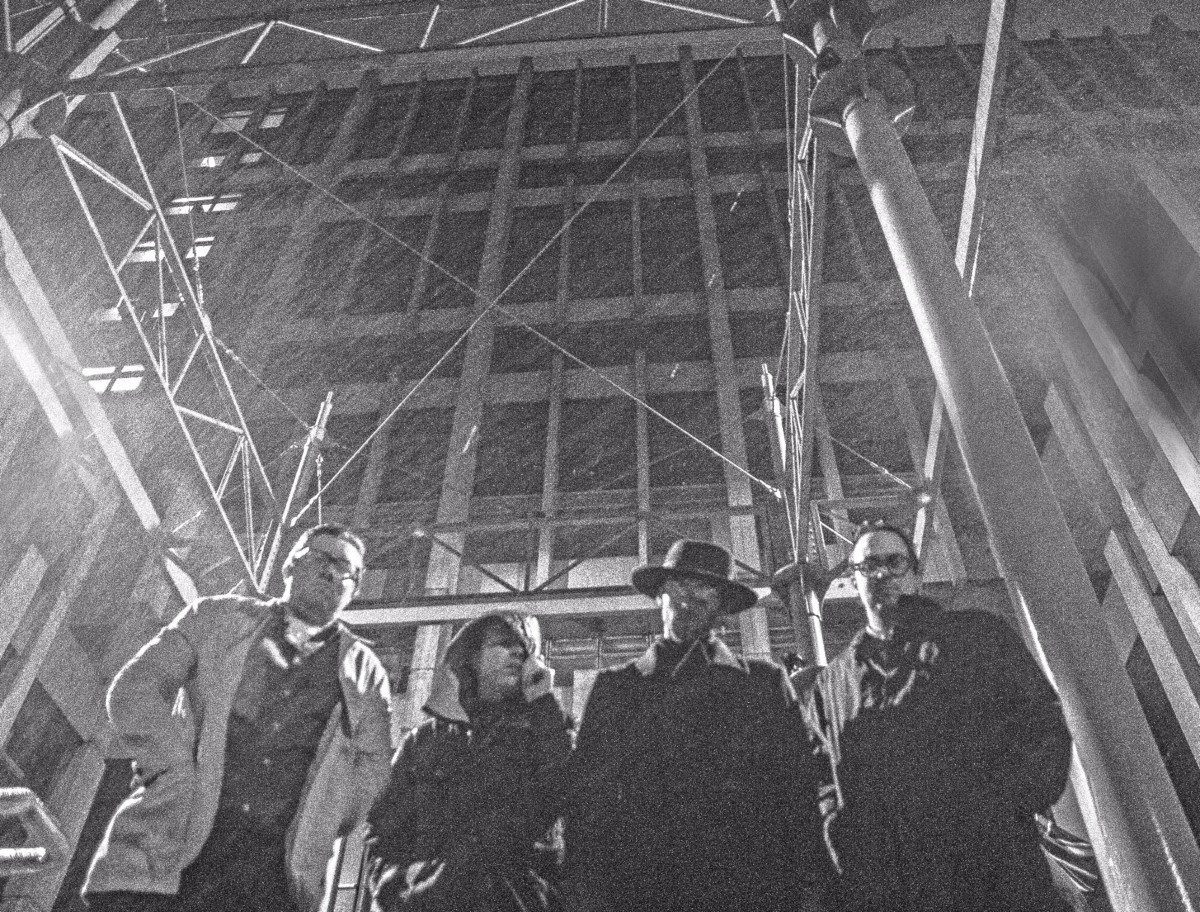 With a run of singles that established the band’s primary influences as those from ’80s rock and post-punk, Autre Monde’s debut EP, which is released Friday on Popical Island, digs deeper on those sounds and brings in new tricks and treats.

The four all-new songs on the EP have a “murkier” way about them, suitably darker in tone for the eve that’s in it. Bands such as Can, Total Control and John Foxx are the references. ‘Moonlight’ judders with a nervous cavernous energy and is apparently ” a revenge fantasy for Ireland’s submerged classes”. ‘Leuctra’ doesn’t give up the ghost with synth ambience, ‘Your Name’ piles on the dirge-like guitars and low-end and spooked synths while ‘Interpretive Centre’ softens the mood somewhat with a metallic guitar-lead denoument.

The EP is launched in Dublin launch with support from Postcard Versions and Invaderband on Saturday 4th November at the Bello Bar. The EP will be available on Spotify, Apple Music and other streaming services, as well as on Bandcamp. A limited-edition CD with artwork by drummer Eoghan O’Brien, encompassing the EP and the band’s first 4 singles will be available at the Dublin launch gig.