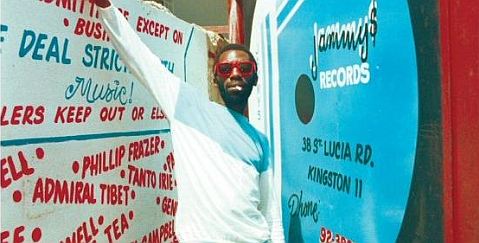 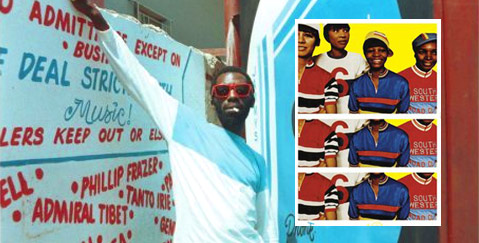 My favourite label (and I’m sure many others) for releasing quality archival compilations is Soul Jazz Records. As the name suggests they focus on soul, jazz extended to ska, dub and reggae. Two of their most recent comps have been getting their spot on the turntable lots recently.

First up is The Rise Of Jamaican Dancehall Culture a guide and who’s who in the explosion of Dancehall in Jamaica in the 1980s and its subsequently rise throughout the world. The release is to accompany a book which I haven’t picked up by Beth Lesser. One of the best things about Soul Jazz releases is the extensive sleeve notes tracing a nice and concise written history of the period. Dancehall’s notes are written by Steve Barrow and take each cut on the vinyl and explains how it came to be. The Rise Of Jamaican Dancehall Culture features tracks from Barrington Levy, General Echo, Trinity, Gregory Isaacs, Ini Kamoze, Chaka Demus and below’s Pinchers tune. Most of the productions seem to be Sly and Robbie or King Jammy affairs.

The second comp is FLY GIRLS! – B-Boys Beware : Revenge of the Super Female Rappers! and is a comp of female MCs featuring some of the seminal releases of female rap in the last 30 years with MC Lyte, Bahamadia, Nikki Giovanni (with a 1971 track), Cookie Crew and up to Queen Latifah and Missy Elliot. Quality as always.

Princess MC – Pump Up The Funk

One word of warning though. If you buy the vinyl the compilations come in two volumes instead of one that you have to buy separately so it’s more expensive than the Double CD version.