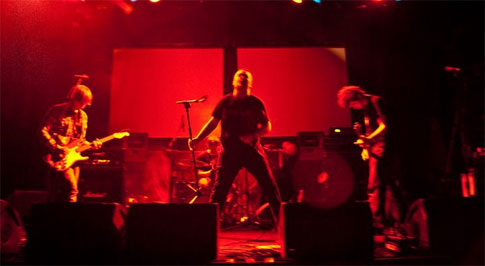 Rain Machine’s favourite heavy Irish band Hands Up Who Wants to Die are doing an album fundraiser gig in the Twisted Pepper this Saturday 14th August with support from Realistic Train and Antrophe. Theo Parrish is also palying downstairs.

The band will be heading off to Frankfurt to record their debut album later this month which will be released on Richter Collective later in the year. Admission is €7 if you sign up here, otherwise €12. If you’re broke though, you can enter to win a pair passes to the gig by emailing [email protected] with Hands Up YOUR WORDS HERE as the subject.

Hands Up Who Wants To Die – Fish And Rashers