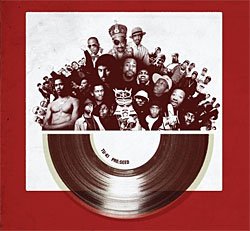 Occasionally Barry Healy pops up to recommend three albums that may be under your radar. Here are his latest selections.

Tu-Ki – Pre: Seed
Tu-ki’s pedigree as a DJ is pretty formidable. His achievements and reputation as a turntablist DJ speak for themselves. He’s a four time Irish DMC champion, winner of the 2007 Molvida World Mixing Championships, which makes it all the more embarrassing that this chump hadn’t been aware of him until now. All that aside, this is one hell of a mixtape which pays particular homage to old skool electro and hip-hop which are also represented on this 80 minute jaunt.

The age of mixtapes (albeit on CD) is certainly alive and kicking and it’s all the more valuable today as we have such easy access to a lot of mixes and podcasts etc. which are often pretty lacking in skill and record collection depth. This mixtape doesn’t suffer from the aforementioned afflictions. It sounds organic and natural managing to keep an astonishing flow and continuity while drawing from a vast vault of tunes from decades with apparent effortless ease.

It’s difficult to single out any one of the many high points on here but ‘Inspection Dirt’, Leftfield mixed with Wu-Tang gets the thumb’s up every time. The sheer brilliance of this turntable mastery will either inspire you to DJ in a hope of reaching this level or on the other hand like me, leave it to the masters and just enjoy their work.

Download the mix / purchase it on CD from All City.


Captain Moonlight – Agroculture Pt. 3, On the Lough
In the midst of a media frenzy of blaming everyone and anyone but those who are responsible for Ireland’s greatest crisis since, well since the last one, sees the return of the man who constantly warned quite eloquently of the excesses of the Celtic Tiger and the gombeen men who presided over it, step forward Captain Moonlight.

After teaming up with SEBP last year the Kilkenny MC is back with his third album Agroculture pt.3 – On the Lough which includes some fine collaborations with the great Jinx Lennon. Once again he pulls no punches in dealing with very serious and controversial political issues most wouldn’t ever dream of tackling. What makes Moonlight so great is his honest ability to mix humour with serious topics, lack of condescendence and most importantly, you know this man actually cares about what he’s talking about which is refreshing to say the least compared to the self appointed saviours of the world like Bono.

There is real progression in styles as he has managed to fuse his previous sound into a meld of old-school hip hop, punk and rock with funk, soul and dance. The result is a lot more danceable than previous records. His ability to rap and rhyme was never in question but there are some outstanding examples of his ability on here with ‘Introinspection’, ‘Don’t Follow Through’ and ‘Temperance’. The sheer quality of this album makes it the most complete of the trilogy. He will hopefully go a long way to getting Irish hip hop more serious attention and some well earned recognition.

The Hot Rats – Turn Ons
The Hot Rats is the side project of Supergrass duo Gaz Coombes and Danny Goffey, who joined forces in the studio with producer Nigel Godrich with apparently little else but wine and cigarettes for inspiration and company. The basic premise of the album is their take on some of their favourite songs. While the idea of a covers album doesn’t really promise much, this one manages to surpass the initial scepticism and deliver a quirky and fun album. They have drawn from a broad pool of music stretching from the early 60’s to late 80’s tackling the Kinks, Bowie, Gang of Four, Roxy Music and Beastie Boys with the same fervent enthusiasm.

They haven’t just copied the songs they have added their own little touch of magic, shown most dramatically by recasting two adolescent anarchic anthems of rebellion, ‘(You Gotta) Fight for Your Right (To Party)’ and ‘EMI,’ as clever acoustic rock tunes which actually adds life to these old songs.The best track is the their take on Gang of Four’s ‘Damaged Goods’, turning the original post-punk classic on its head, implementing an unorthodox acoustic guitar which some purists may not like. ‘Turn Ons’ is a perfect platform for Gaz and Danny to do what they have always done best, have some fun and belt out great tunes while cleverly steering away from the obvious pitfall of being some sort of a karaoke album. They have paid tribute to true classics with a mixture of admiration and personal interpretation.