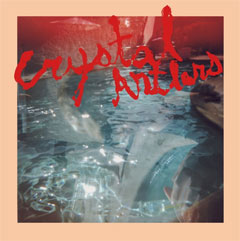 The only band at CMJ ’09 I actually went back for second helpings of last year during the festival was Long Beach’s Crystal Antlers. The first reason is because live, they absolutely rock. Like sweaty, throw yourself around rock. The second reason is because I dig their particular brand of noisy organ-led psychedelia .

Good to hear then, that the band have two new tunes available, one ‘Dead Horse’ which pretty much follows the above vein and another ‘Little Sister’ which is of gentler persuasion but still boogie-woogie awesome.

Download the songs via the widget after the jump or buy the 7″ via the band direct through Paypal.