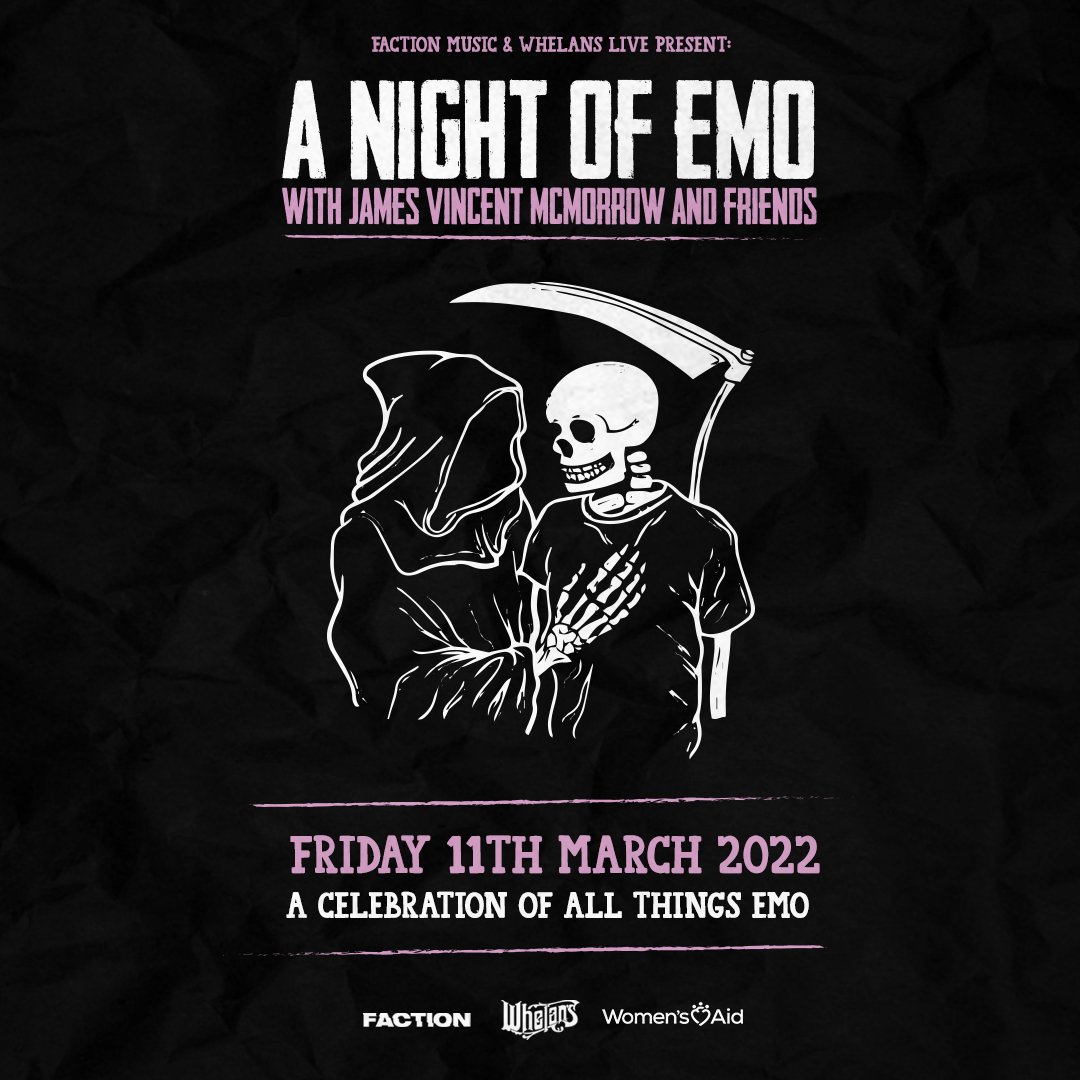 James Vincent McMorrow has put together two nights of gigs with two distinct genre takes in Whelan’s in March.

The nights in March are in aid of Women’s Aid and take place on March 10th and March 11th.

Thursday March 10th will be a indie rock night with James and friends performing songs from the 2000s era including The Strokes and The Hives, while Friday March 11th will be a night of Emo music

Guests to be announced soon.

McMorrow and friends previously did similar nights where they played The Replacements.

Women’s Aid is one of the leading national organisations that has been working in Ireland to stop domestic violence against women and children since 1974. The Covid-19 pandemic has shone further light on the crisis of domestic violence in homes across Ireland. As we all retreated to our homes for safety, it became increasingly clear that the home is not a safe place for everyone. Money from the shows will be donated to Women’s Aid so that this amazing organization can continue to provide the urgent support needed.

If you want more information on the amazing services that Women’s Aid provide go to womensaid.ie/services/

Any donations can be made via https://www.womensaid.ie/donate/