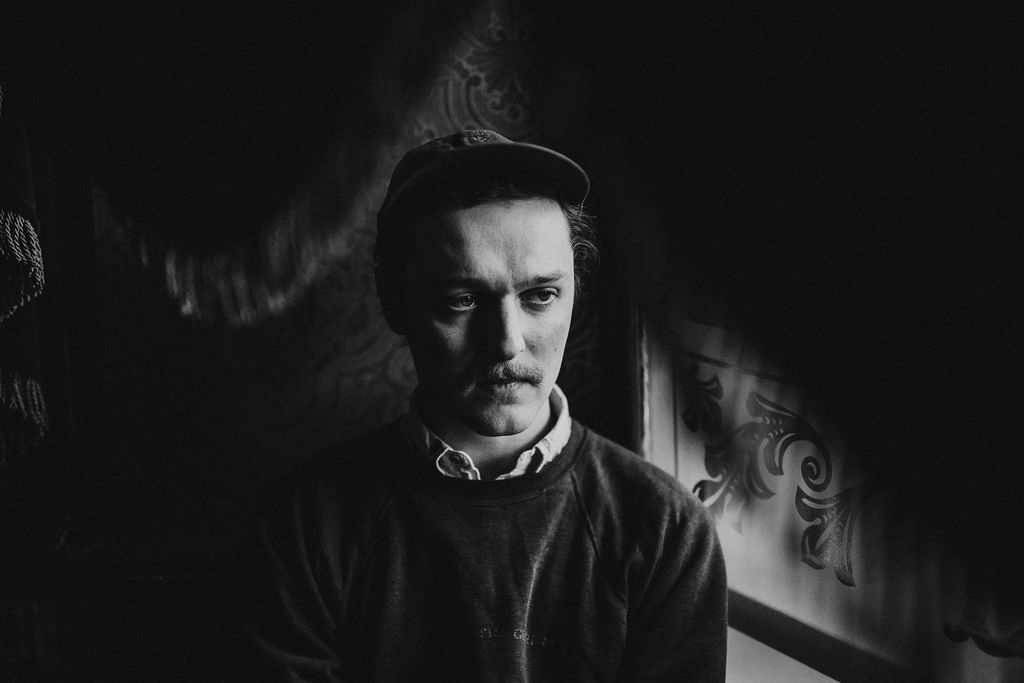 Joshua Burnside is back on the new music trail at the moment and we can reveal that the Northern Irish singer-songwriter has a new album Into The Depths Of Hell out on September 4th.

We’ve heard two songs from it – ‘Whiskey Whiskey’ and ‘The Only Thing I Fear’ and today we have a full first look and listen to ‘and you evade him / born in the blood’, a charged release of disquieting doom folk with nods to John Martyn and Nick Drake that finds Burnside in a less than optimistic mood about the the moral health of the world around us.

“Inevitability. Mortality. The absurd, the wicked and the damned.”

‘and you evade him / born in the blood’ is out officially tomorrow.

Burnside’s anxieties take in the economics of the apocalypse. The Almighty Banks of The West, built upon a culture of colonialism, bloodshed and classism, look on as the world spirals further into chaos – and as they reap the rewards, more humans continue to be Born In The Blood.

Into The Depths Of Hell is said to be “an absurdist examination at the suffering humans inflicts on each other every day and the innate human condition that demands we find some humour in it lest we collapse, ‘Into The Depths…’ postulates that perhaps the first ring of hell begins on our doorstep.”