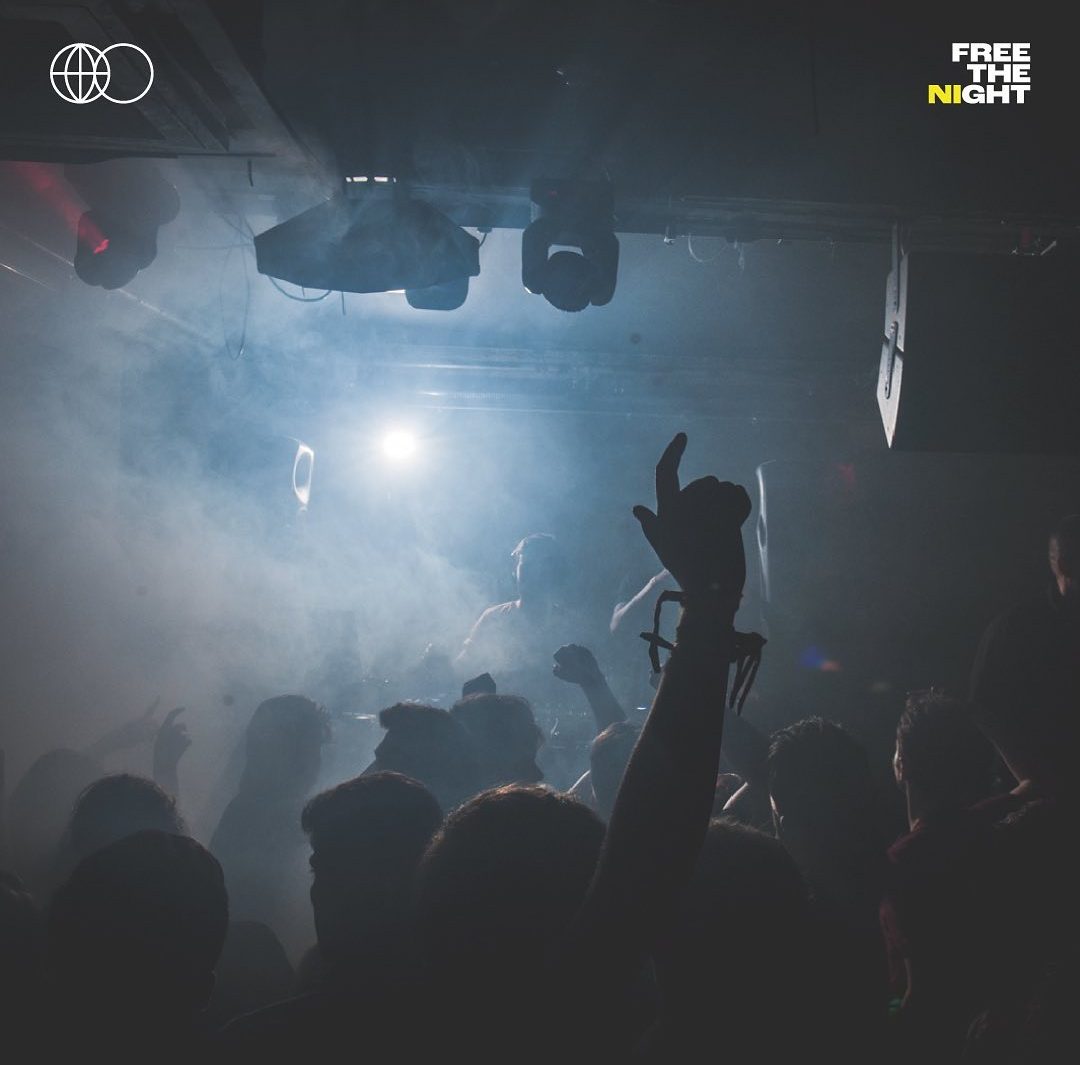 A Northern Irish group called Free The Night which aims to improve and represent the night-time economy like Give Us The Night has done in the Republic.

The campaign is volunteer-lead with Give Us The Night’s Sunil Sharpe on board alongside DJ Holly Lester.

It was set up in April as a result of collective disappointment and opposition to the regressive and restrictive proposed amendments to the Licensing and Registration of Clubs (Amendment) Bill, Free The Night want Northern Ireland to be a safe, culturally rich environment with a thriving night time economy in line with other countries across the UK and Europe. You can read more about Free The Night’s objections to the proposals here.

Currently, the licensing laws permit pubs, bars and nightclubs have licenses to serve alcohol until 11pm, 12am or 1am. Most venues have a 30-minute drinking up time. Some venues can apply for a 3am entertainment license. The proposed amendments will now permit all bars and pubs, which previously served alcohol until 11am or 1am, to sell alcohol until 2am. Nightclubs and other entertainment venues must still finish by 3am and must now only operate until this time for 104 nights per year.

The government in Northern Ireland has been reviewing the entertainment licensing laws since 1996. In that time, the country has seen a reduction of opening times, more restrictions on venues and a lack of clarity on why. 25 years on, it’s time for a more progressive approach. Why are our already archaic licensing laws, moving backwards while the rest of the world moves on?

Even after 25 years, our opening times remain the most restrictive across the UK and Europe. A key opportunity to rebuild and grow the night time economy and creative industries post-pandemic has been missed. The lack of progressive action within Northern Ireland’s night time economy could lead to further venue closures, job losses and continued ‘creative drain’, as many natives move away to experience more rich, diverse creative cultures in cities such as Manchester, Liverpool, London, Amsterdam and Berlin.

Bicep have shown their support saying of the Northern Ireland Licensing Laws:

“Having lived in London for 10 years, we’ve had a chance to experience 24 hour nightlife which we feel has been a massive improvement on what we experienced growing up in NI. It personally seems crazy to eject the entire city at the same time causing mass bottlenecking of everything from taxis to emergency services.”

WHAT DOES FREE THE NIGHT WANT?

Speaking on the Free the Night Campaign, Holly Lester says:

“We have waited 25 long years for some progression with licensing laws here in NI – the recent proposals just aren’t good enough. Given what has happened during the last fifteen months, these reviews should have been seen as an opportunity to help the entertainment and creative sector bounce back. Instead, we remain firmly behind the rest of the UK when it comes to progression and modernisation of the night time economy. We want to highlight the cultural value of these sectors and provide a better infrastructure long-term for those who work in the night time economy. We are tired of worrying about the career impacts that come with choosing to live in Northern Ireland and of losing our friends and colleagues to other more progressive cities. It’s time for some change.”

If you would like to become a volunteer, please email [email protected]

Electric Picnic moves festival dates to three weeks later; “we are still confident that the festival can take place this year.”

Podcast Special: Give Us The Night – The future of Irish nightlife