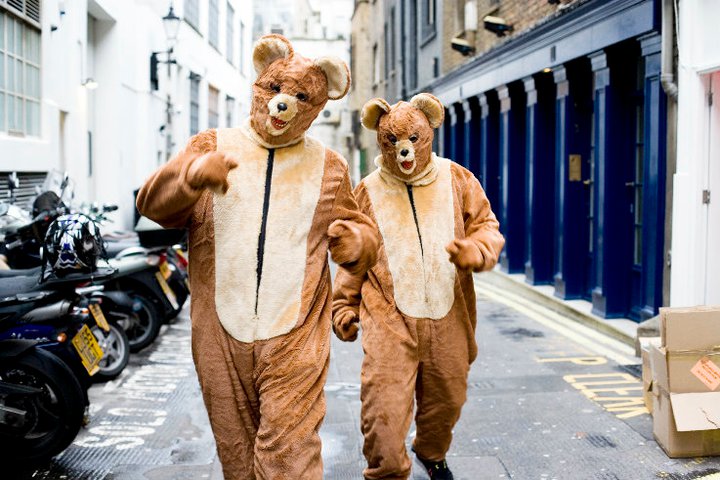 Despite Hot Chip having a new album pretty much recorded, Joe Goddard continues his restless streak of the last year or two in which he has given us production for DELS, this solo banger and bubblin’ under, The 2 Bears – a project he shares with Greco-Roman Soundystem’s Raf Daddy.

The 2 Bears debut album Be Strong is out this month after a year or so of OK to interesting singles. The house-tinged ‘Work’ however is an absolute standout from an album that runs the gamut of dance and electronica. I also quite like the free download bounce of ‘Time In Mind’.