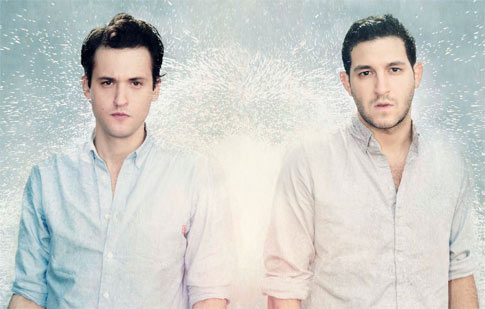 DFA’s Holy Ghost! release their 4-track Static On The Wire EP on August 23rd. It’s the first taste of the band’s oh-so-sweet electro-inflected disco dance music and it feature relative blog hits ‘I Will Come Back’ and ‘Say My Name’ as well as the new song featured in the video which itself features Caroline Polachek of Chairlift.

The duo have made their name with their remixes too including the might Monarchy remix – probably the remix of the year so far as well as their superb Friendly Fires cover. This edition of 3×3 of some cold hard fact-sharing, the band share their top three answers to three questions.

1. LCD Soundsystem – This Is Happening


Three of Holy Ghost!’s biggest influences and why

1. James Murphy and Tim Goldsworthy from DFA – The Masters

2. Dollar bin 12″ records – We discovered a lot of great music and production ideas by searching through old, discarded vinyl over the years. Whether it was old disco or freestyle records, we love digging through old records and finding the hidden gems.

3. New Order – for their music and production, but also for the visual concepts.

Three things Holy Ghost! have planned for the rest of the year

2. Play many, many shows with our live band