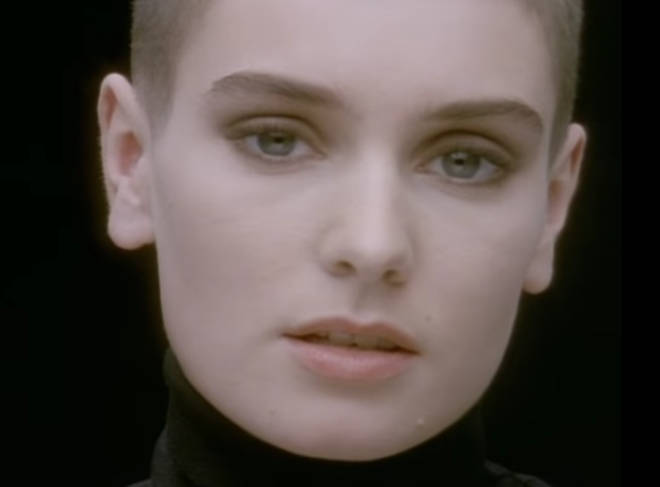 
A great music video is greater than the sum of its parts. When we took on the challenge of compiling the best Irish music videos of all-time we had to find some criteria for our selection. We settled on three things.

1) Creativity – Does the video do something innovative with the form? Does it do something surprising? Does it employ a fresh narrative or visual effect that makes it stand out above all others.

2) Cultural Impact – does both the song and video have an impact on the culture and did they contribute to Irish pop culture or the music scene?

3) Suitability – how well do the visuals match the song? The best music videos lift the original song into another realm of art and are indelibly linked to its source.

Other criteria is that the artist had to be Irish but the director could be from anywhere. We also avoided live sessions or documentary-based music videos.

There are not a lot of straight-ahead band performing to camera videos in the list below because of the criteria above. We solicited some suggestions from friends and colleagues and the Nialller9 group and distilled it down to the 50 below. We tried to avoid nostalgia for nostalgia’s sake. Your favourite music video may have a connection to your childhood, to seeing on MTV, No Disco or The Beatbox, but we tried to take everything based on the above criteria. Even with that, we likely missed some music videos that were released in the last 30 years or so. Do leave us a message below as we intend to update the list in the future, armed with fresh eyeballs and information. On with the list.

No Monster Club make up the first entry on our list for their canine-themed music video for ‘La La Land’. The video scores high points for creativity and for the endless patience the editor must have had to make the dog’s mouth match the lyrics in the song.

Kodaline – All I Want

The video for Kodaline’s breakout single ‘All I Want’ caught the imagination of millions of viewers with its heartbreaking narrative. The video focuses in on themes of alienation, isolation and hope through a humanoid protagonist, and his efforts to find a place in a seemingly impossible hostile environment. This is one that tugs on the heartstrings.

Funeral Suits – The Way Back

With an emotive story detailing the transition from child to adult, Funeral Suits found the perfect balance between cinematography and narrative with the video for ‘The Way Back’. This one finds its way on to the list for its replay value alone with interesting motifs and parallels becoming apparent after repeat viewings.

The Redneck Manifesto – We Still Got It

The video for the Dublin instrumental band’s ‘We Still Got It’ incorporates the theme of creating and deciding on artwork right into the video. Blending elements of live action, stop-motion and hand-drawn animation, this vibrant video is the perfect complement to The Redneck Manifesto eclectic blend of math rock.

U2 – Love Is Bigger Than Anything In Its Way

The newest video on the list. Photographer and filmmaker David Mushegain’s evocative clip captures Dublin’s young LGBT community and their friends and family Like an up-to-date take on Garry O’Neill’s Where Where You? which documents Dublin’s youth culture over the years. Mushegain’s video shows today’s youth expressing themselves and it’s a real and moving portrait of all featured.

From the punk energy of The Undertones to U2’s super-stardom, The 1980s produced some of Ireland’s most iconic music. Cork band Microdisney are fondly remembered from that decade, and the video for their smash hit ‘Town To Town’ makes it onto our list for the clever use of background video footage and the total number of leather jackets featured in it.

Sleep Thieves – You Want the Night

A series of inexplicable vignettes make up the video for ‘You Want the Night’. It’s stylish and creepy at once and visually, a great fit for the band’s dark song.

Richard D James has always built a reputation around intriguing and often unnerving imagery to accompany his music. Anyone who has seen the interactive face contortion at his live shows can attest to that. For the music video to ‘CIRKLON3’, Warp Records teamed up with Ryan Wyer from Dublin. Considering he was just 12 years old at the time, he’s the youngest person who directed a vide on this list. He has a good eye for the AFX aesthetic too, the overexposed shots throughout the video are familiar and creepy at once, much like Aphex Twin’s music.

U2 – The Sweetest Thing

Shot from a horse-drawn carriage along some of the most iconic streets in Dublin city, the video for ‘The Sweetest Thing’ is an extravagant apology to Mr Hewson’s wife over a forgotten anniversary. Featuring everything from elephants to Boyzone, this video serves as an excellent reminder of a time when U2 could literally stop traffic in one of the busiest areas in Dublin city.

A House are among the quintessential Irish bands of the nineties. The music video for ‘Endless Art’, a track paying homage to some of the all-time artistic greats (although serious minus points for not a single female artist – which was addressed on the B-side in fairness) is itself framed like a portrait painting. The arrangement stays the same but the composition is continually evolving as the song progresses, an allegorical reference to the passing of time.

Myles Manley – Pay Me What I’m Worth

Watch Sligo-born singer-songwriter Myles Manley play out his childhood dreams of scoring for Arsenal against rival foes Chelsea in the video for ‘Pay Me What I’m Worth’. Strictly speaking this is a tie with another Myles Manley / Bob Gallagher production the Renaissance-themed ‘ Easter Morning’.

The Blades – The Bride Wore White

Shot among the working class tenements of a 1982 Dublin City, the music video for The Blades’ ‘The Bride Wore White’ makes the list for providing a snapshot of what the capital looked like in another life. Were it not for landmarks like the Four Courts visible around the two-minute mark, you’d be forgiven for mistaking it for another city altogether than the one we know today.

Often cited as one of Ireland’s great unsung groups, Ten Speed Racer are literally walking on the ceiling in the video for their single ‘Fifteen’. Another great example of a clever idea used effectively, it literally turns the idea of a performance video on its head.

The Undertones – My Perfect Cousin

An iconic token of the golden age of punk music. The video for The Undertones’ ‘My Perfect Cousin’ is an inherently early eighties production. With references to Subbuteo and Feargal Sharkey’s fantastic knitted sweater, this music video makes it to the list for just how well it captured the culture and the band’s energy at the time.

The perfect visual accompaniment to the sonic haze of My Bloody Valentine’s brand of shoegaze, the video for ‘Soon’ is full of light exposure and blurred frames and fell in line with their album artwork. An instantly recognisable video to one of the country’s all-time musical talents.