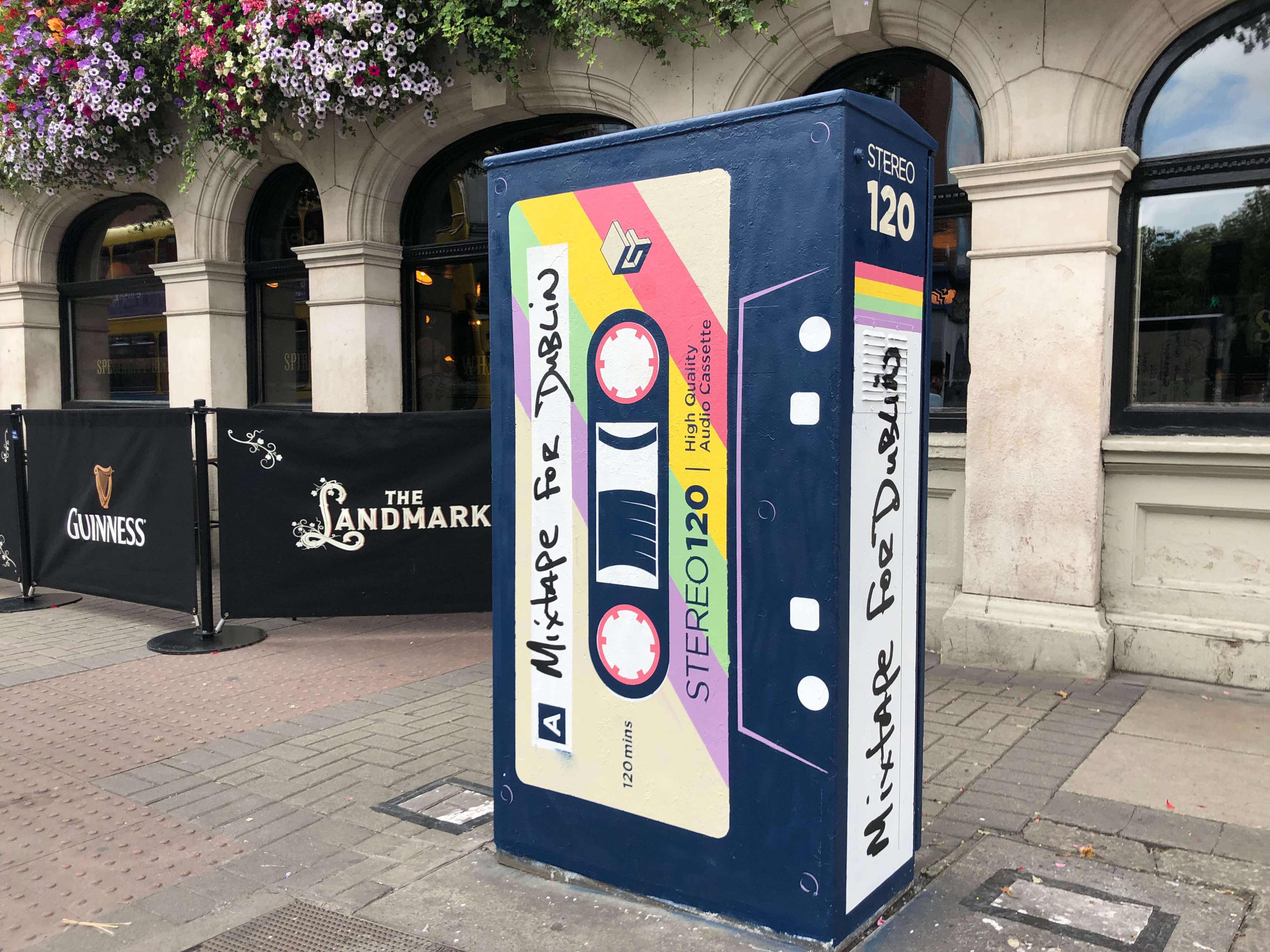 Dublin artist Gavin Feiritear has re-decorated a traffic light control box into a retro cassette tape as part of the Dublin Canvas project. The box itself is located on the bottom of Wexford Street, just outside The Landmark Pub.

Accompanied on the back of the design is a playlist which is inspired by the city itself.

“The playlist has been made available on Spotify so that anyone who visits the artwork can plug in their headphones straight away and walk the streets with a soundtrack inspired by the city itself,” said Feiritear.

Listen to the playlist below:

The Dublin Canvas project has allowed artists to brighten up the city by painting street boxes around the city. This is the first one to have an accompanying interactive audio playlist as you walk around the capital.