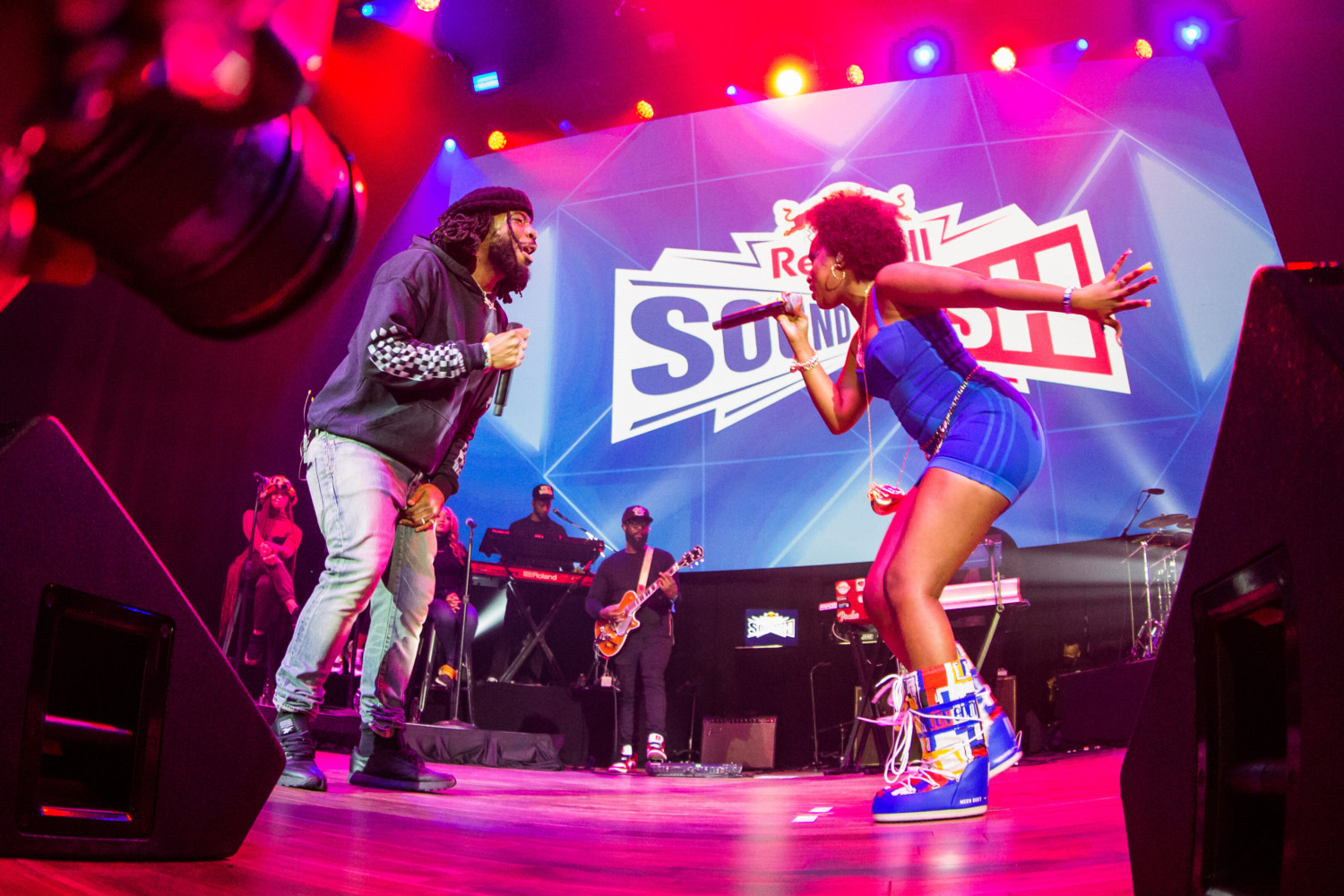 A Soundclash is taking place in the RDS on Friday October 21st pitting two crews against each other in sound.

Red Bull SoundClash was inspired by the culture of competing sound systems originating in Kingston, Jamaica, during the 1950s and happens around the world, including a regular party in Galway pitting soundsystems against each other.

The idea of a Soundclash is for for soundsystem owners, MCs and DJs to challenge each other to create the ultimate party, whipping up the biggest crowd and walking away with the ultimate bragging rights.

Red Bull SoundClashwidens the scope beyond reggae and dancehall and the event in the Shelbourne Hall in the RDS will feature Mango X Mathman duking it out with Irish artists Aby Coulibaly and Monjola across six rounds and two stages set up at either side of the hall.

Tickets for Red Bull’s music event of the year are on sale priced at €25 pus fees, @ RedBull.ie/SoundClash

On the night, the audience decides who wins as a decibel meter will monitor the crowd’s reaction after each performance. Whoever receives the biggest crowd response will be crowned crew champion