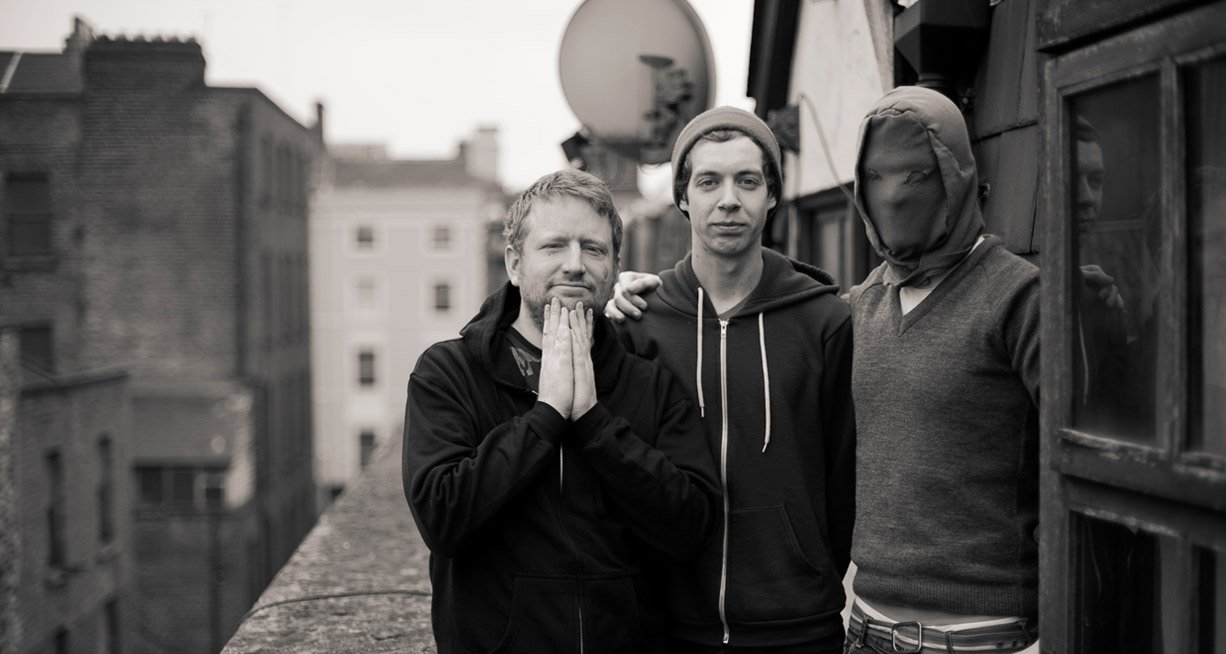 After the pulverising polychromatic force that was ‘Big Unit’, Adebisi Shank have dropped another track from their This Is The Third Album Of A Band Called Adebisi Shank release out on Sargent House on August 12th.

Those familiar with the band live in recent years will have heard this one, most notable for its cascading guitar line and some electro-freaked vocodered Daft Punk-style vocal mangling. There’s also some unexpectedly lovely piano in there.

While not straight-laced by regular standards or Adebisi Shank’s standards, there are more out-there moments on the actual record itself to come but this builds up expectation nicely.