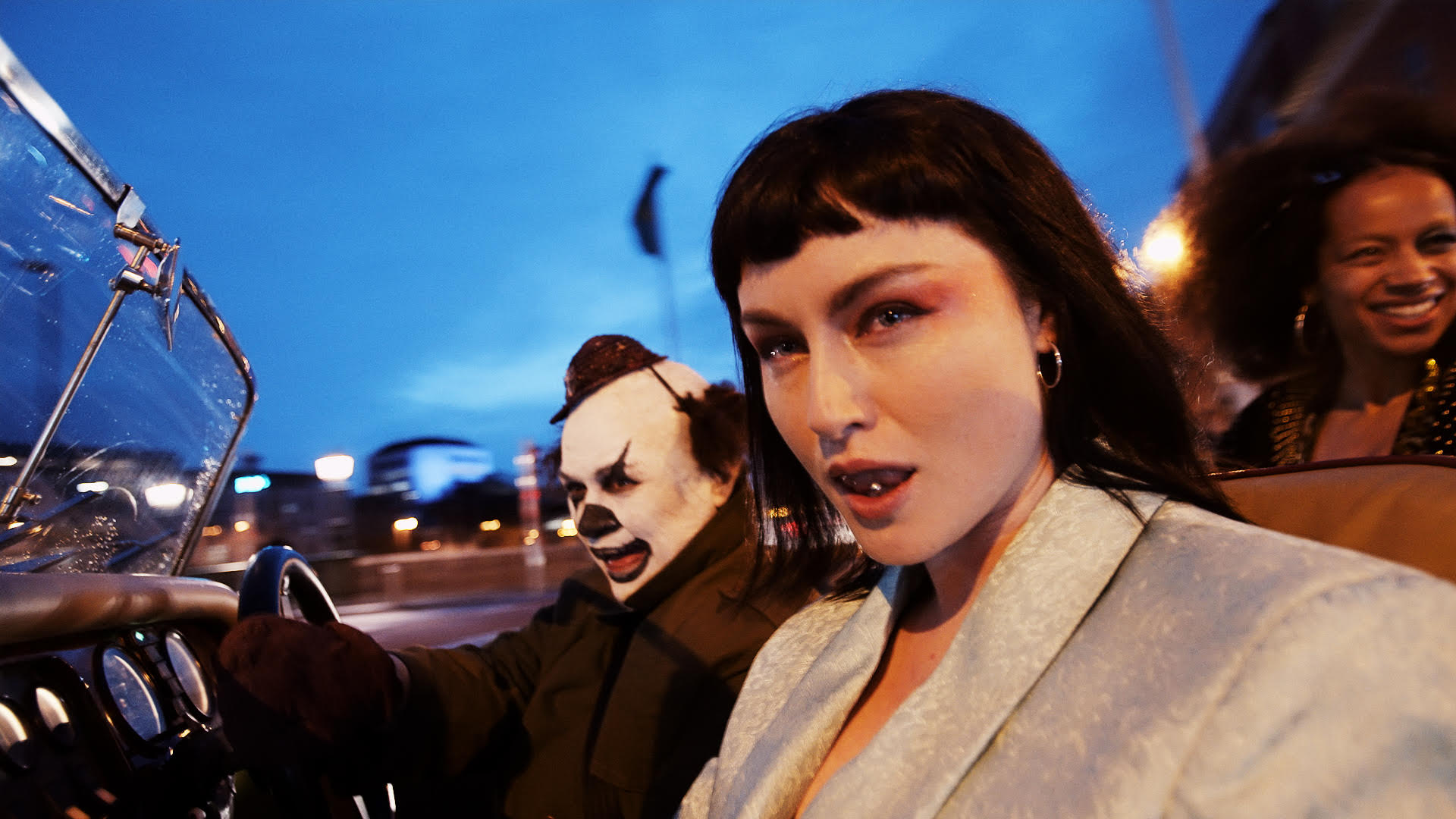 Podcast: Lana Del Rey reviewed & will we actually get to go to gigs this year?

The latter is a wonky electro-synth wobbler of a tune, that comes with a great video by Mark Logan of Collective Films that is nicely unhinged, a joyride and a heady night out all in one. The production of which, with its clown in a vintage car in Dundalk and Dublin didn’t go unnoticed:

“The guards were called ofc, four police vans pulling over the mitsi convertible with a clown driving down the motorway – yes. They subtly smiled it off, you can get away with anything with a clown on your team.”

Of the song itself, Aoife says:

“Lyrically, it’s an on the nose tale of a new and exciting relationship, a ‘new friend’ and not being ready to commit to anything real. Not being able to face the fear I have that comes with labelling my sexuality and bringing it into my everyday life, keeping it in this dark, sexy – manic dreamscape to explore in.”

The EP’s name and production came from an audio production series that McCann participated in.

“I did a month long online Ableton production course with She Knows Tech in July. Did it with a bunch of kick ass women from all over the world and it was very empowering. Never had I self – produced before last summer so this is a new freedom.”

Podcast: Lana Del Rey reviewed & will we actually get to go to gigs this year?