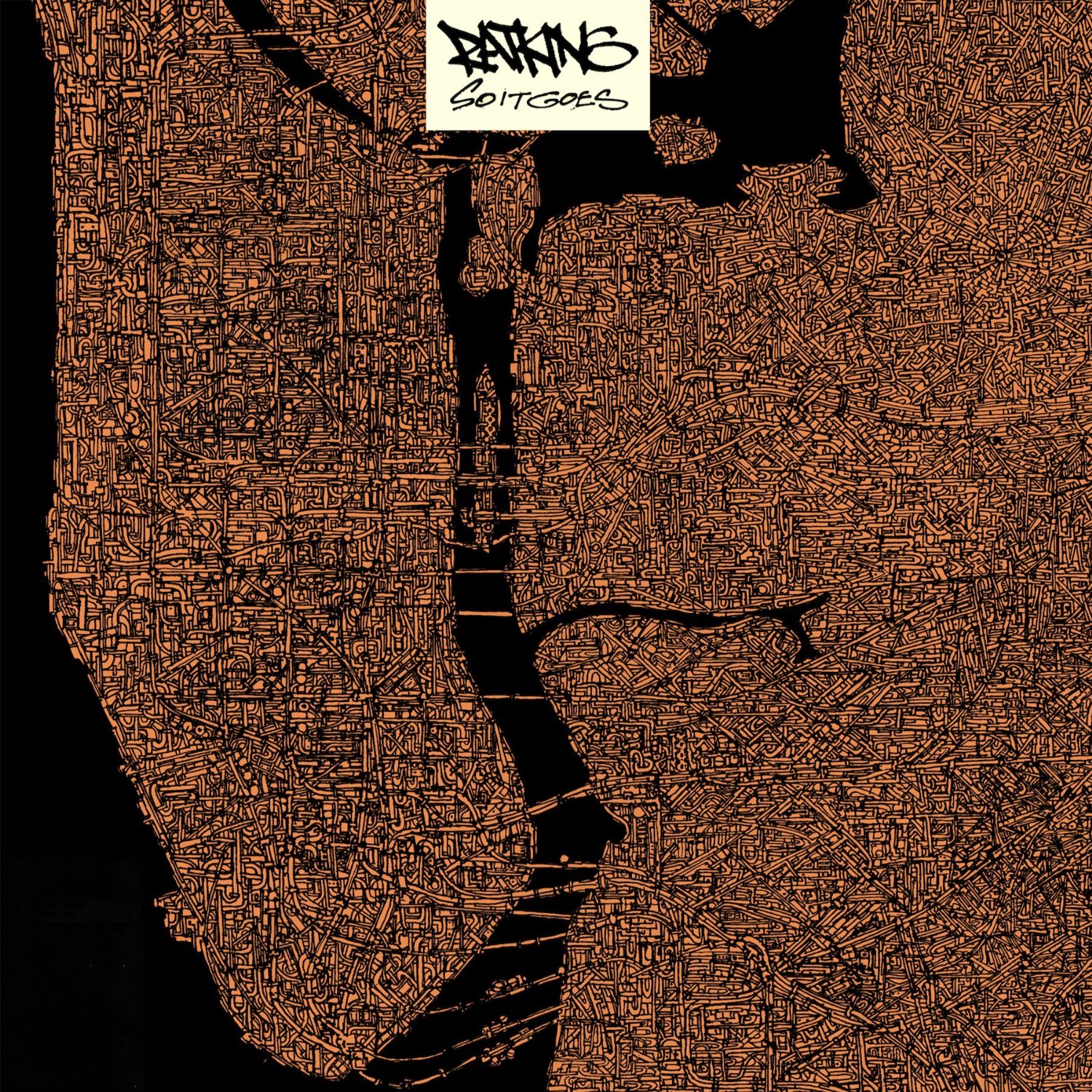 Introducing your debut album with a statement that suggests discarding hip-hop legacy when comparing today’s new generation of rappers is both brazen and commendable.

It’s a statement of intent from New York’s Ratking: Wiki, Hak and elder producer Sporting Life. They might be trying to escape the weight of Biggie, but they cross paths with other considered artists in the process. But it doesn’t matter because So It Goes is one of the best rap albums you’ll hear all year – a city-lead stir-crazy rambunctious portrayal of young living in the most famous city in the world.

So It Goes recalls the golden age of another kind in creative spirit – the sonic explorations of New York label Def Jux – the creative precision and gritty face-wobbling psychedelic reality of Cannibal Ox, the creation of a unique sonic palette of Company Flow. Simply, El-P’s gift for channelling a city’s energy into sound.

‘Canal’ uses those skyscraping strings and bass booms to create a dramatic foundation while Hak and Wiki reference the city through a fast flow. The title track sounds pleasingly like a Danny Brown track, ‘Snow Beach’ approaches ambient cloud jazz rap while ‘Remove Ya’ is the requisite youthful kick against the metropolitan law enforcers.

There are signposts of diversion too. Opening track ‘*’, Hak sounds like an English Grime MC, ‘Puerto Rican Judo’ mixes it up with an almost house-rap beat, the rhythms on ‘Protein’ approach drum’n’bass levels of intensity while an appearance from Wavy Spice/ Princess Nokia brings in an outside voice.

‘So Sick Stories’ is lifted by a hook from another outside, the blanche-faced King Krule and is the most succinct introduction to Ratking’s world.

Ratking might be trying to create something left of field from the golden age of hip-hop, but so have others befor them. It’s still an admirable quest. They don’t always hit the mark but even in their missed attempts, a raw energy is present. So It Goes is a visceral release that gives Ratking their own vivid identity, even if it shares something with NYC’s prior rap innovators.

Listen to the album on Spotify / Deezer