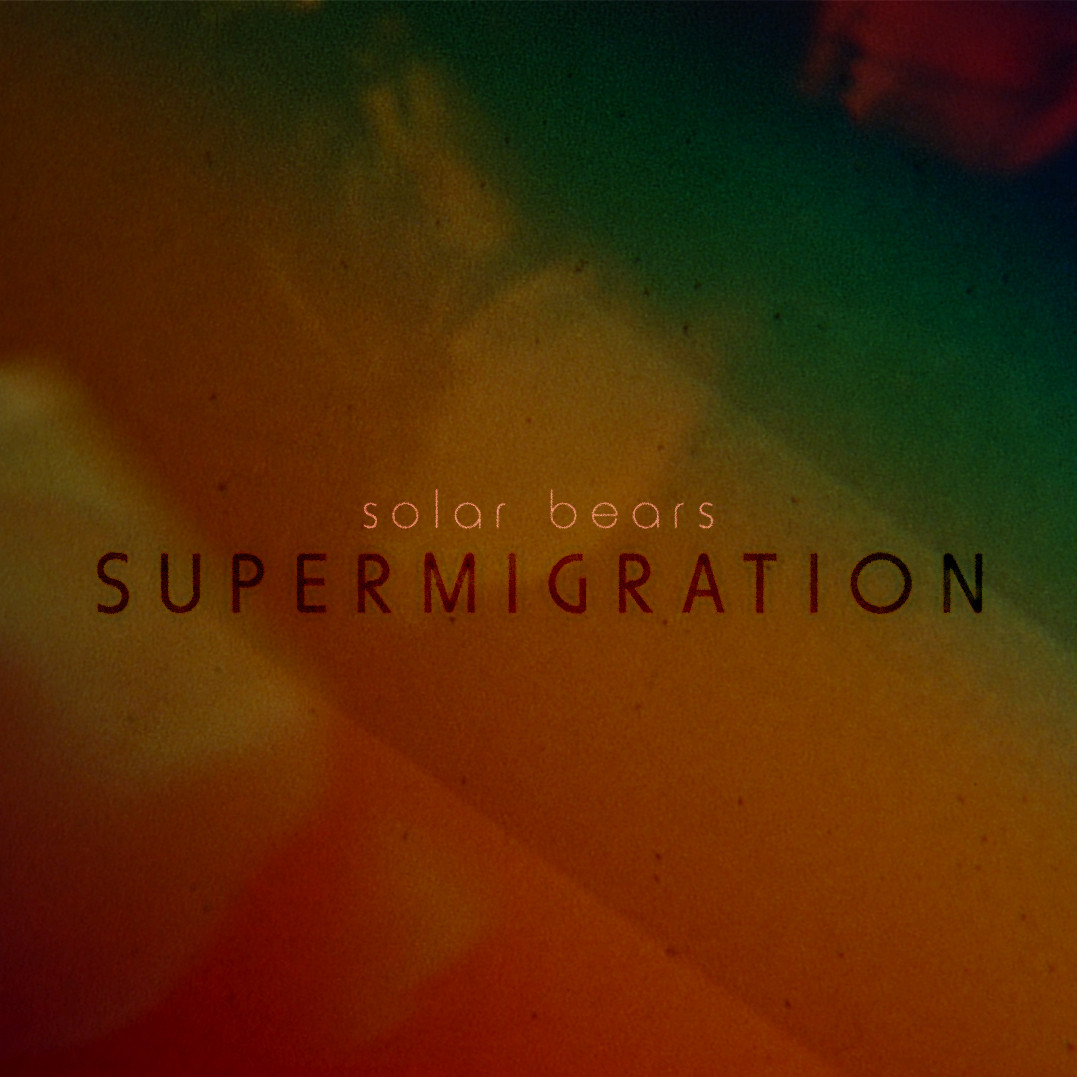 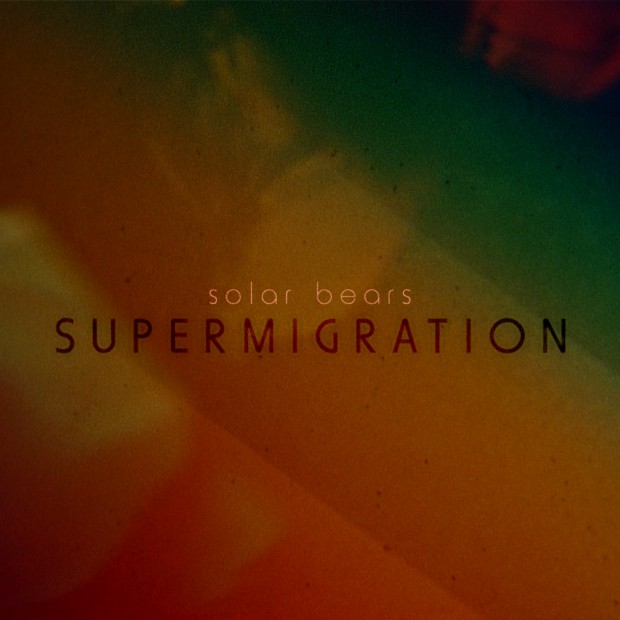 John Kowalski and Rian Trench’s debut album as Solar Bears, 2010’s She Was Coloured In had an air of experimental cinematic exoticism to it, on their second album the duo’s musical influences are more obvious but more adeptly conceived.

If the dominant theme of Solar Bears’ She Was Coloured In was a pastoral take on soundtrack sci-fi, Supermigration takes a more focused route through the path between their film and music inspirations. Where the former was a trippy and sprawling wander into the cosmos, Supermigration has more of a grounded purposeful feel to it. Over the 40 minutes of music on their second LP, there’s still very obviously a filmic feel to proceedings. But Supermigration hits harder to the gut as well as the brain.

Solar Bears are masters at evoking specific feelings and a certain form of nostalgia (just look at that Instagram filter conjuring artwork). The work of past masters like Ennio Morricone and Andrei Tarkovsky can be felt palpably still. But on tracks like ‘Cosmic Runner’ there’s a real synth stomp to things. Sure, their music still recalls Boards Of Canada in tone (the thrust and sampled chorus of “yeaaahs” most obviously on that song) but they’ve mastered their craft pretty effectively that can be easy to forget the similarities when listening. Especially when their music has such a pleasing lilt to it like on the soft space synths of ‘Love Is All’.

Perhaps the single biggest change on this record is that it was recorded in a real studio (The Meadow in Wicklow) and boy, does it sound like it. This thing bursts out of audio receptacles with a beautiful warm glow. There’s a full spaciousness to the production that means everything has its own place. By contrast, this week’s big release Phoenix’s Bankrupt!, batters you over the head with its bombastic loud modern mastering.

On tracks ‘The Girl That Played With Light’ ‘Alpha People’, and ‘Our Future Is Underground’ you can most obviously feel the effects of live drums and bass. The latter two tracks also serve as the vocal cuts with Keep Shelly In Athens’ Sarah P and Air collaborator Beth Hirsch adding femininity to proceedings.

The downside to having such on-the-surface specific influences, is that they can be difficult to escape. The album can sometimes feel too close to its inspirations. ‘Happiness Is A Warm Space Station’ starts out like Death In Vegas, ‘Rainbow Collision’ channels Air’s The Virgin Suicides soundtrack while ‘Komplex’ and ‘Cosmic Runner’ mine the psychedelic sound of Boards Of Canada. Admittedly, all of these artists are from an era that I would consider my first golden age of listening to electronic music, a sentiment which is probably echoed by John and Rian too so I really have no problem with it. Next time around though, I’d like to hear Solar Bears move away from these pillars of influence somewhat, to forcefully change the palette perhaps.

Because when Supermigration really takes flight on its own, it can leave you breathless. The last minute of ‘Happiness Is A Warm Space Station’, the twisted rhythm and choral of ‘Komplex’, the atmosphere on ‘Our Future Is Underground’, the motorik drum hits of ‘A Sky Darkly’ and the blissful end titles of ‘Rainbow Collision’ point the way forward for Solar Bears to truly transcend what has gone before them.

’Supermigration’ is out now on Planet Mu.