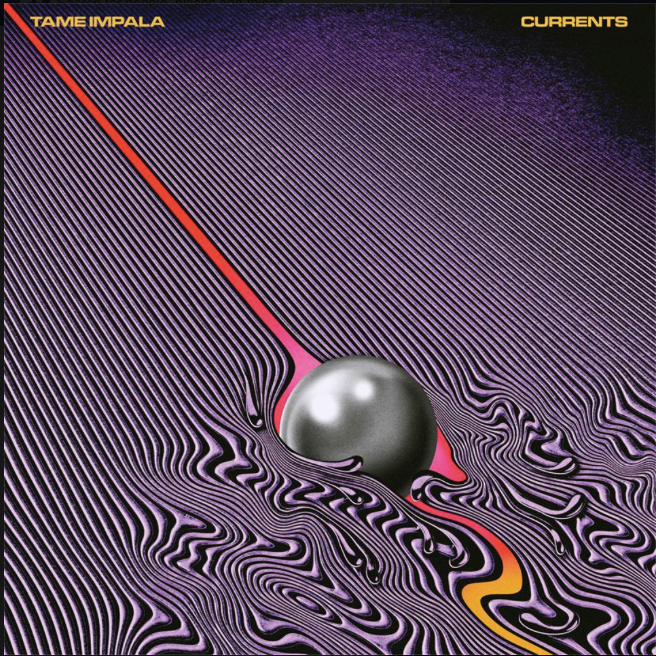 I remember on a visit to Australia in 2008, a couple of radio people enthusing about Tame Impala’s second EP. Kevin Parker’s music back then was clearly indebted with early 70s rock music, Black Sabbath and Steppenwolf laced with the psychedelic rock of the previous decade. It made no concessions to modernity.

Currents marks a sea change, both in attitude and sound. Just a cursory look at the titles ‘Yes, I’m Changing’ and the title of the record suggests a new way of doing things for Parker, who writes, records and produces as much of his albums as possible on his own (wouldn’t you if you had in a studio with this vista?). Out from the cold of Lonerism and into the light.

Kevin Parker has brought his own brand of psych rock towards a sound that glitters with disco balls and glam stomps, while retaining his falsetto-led wooziness and ’70s tie-dye vibe in the process.

The transition is subtle enough while retaining the overall Tame Impala sonic tapestry. A overall reliance on Parker’s floating falsetto, an embrace of dynamics and an increasing employment of electronic textures means that Currents ends up closer in its exploratory tones to Daft Punk’s wistful cosmos than Pink Floyd.

Crucially, these Currents songs are Parker’s best. ‘Let It Happen‘ has trailed that ambition and reach. A seven minute powerhouse of heady synthesizer psych synth-rock grooves with a CD stuck-on-a-loop passage, stirring fake strings, crunched guitars and a disembodied Parker. It’s a career and year-defining song.

The album lilts and laps between chilled out/spaced out (‘Nangs’), stomping glam synth-rock (‘The Moment’ / ‘The Less I Know The Better’ / ‘Reality In Motion’), groovy low-end (‘Yes I’m Changing’ / ‘New Person Old Mistakes’), standout psych-soul (‘Cause I’m A Man’) and songs that feel suspended between the two (‘Eventually’) and a flanged-out robotic daydream (‘Past Life’).

Its sonic sheen remains rooted in his psych past but the textures are less straightened, more saturated, less constrained. Retrofuturistic yet new.

Interestingly, Parker has referenced hearing the Bee Gees while on mushrooms as a catalyst. That certainly helps explain the falsetto that Parker has drawn out of himself, which recalls those soulful brothers, albeit smudged with a haziness they never considered.

It’s a change in sound he addresses directly to a partner he’s losing or letting go (and advertently to fans) on ‘Yes I’m Changing’ – “Yes I’m older, yes I’m moving on / And if you don’t think it’s a crime you can come along, with me.”