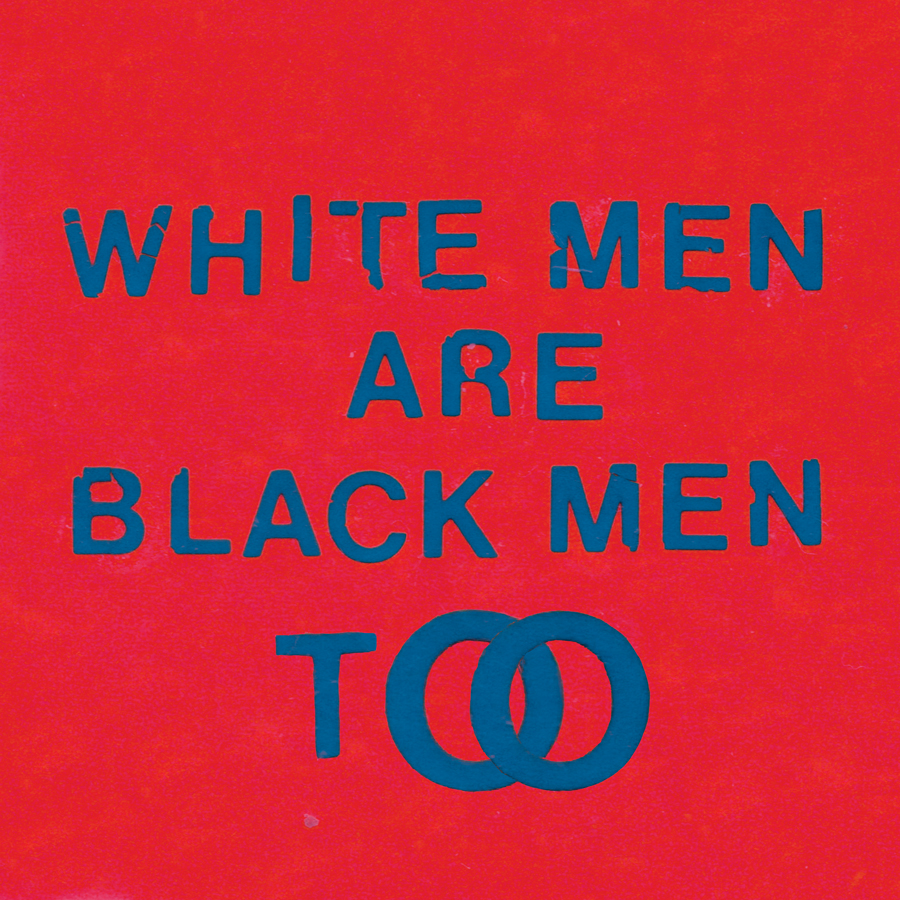 
There aren’t many bands out there who sound like they care what people think less than Edinburgh’s Young Fathers. That trick must have been increasingly difficult to pull off after their debut album Dead won the Mercury Prize and the band’s inner bemusement, joy or apathy with the the accolade manifested in a stonewall of seriousness and a stated intent not to talk to right-wing media outlets. Those things were interpreted as hostility, silly boys not playing the media game, but it was actually just a near-forgotten concept in the music world, political conviction.

Young Fathers still don’t really give a fuck. Awards are awards, they don’t drive creativity, or at least these guys. The Scottish trio retreated to a bunker in Berlin just days after winning the Mercury to record some of their followup – White Men Are Black Men Too.

It was also recorded in non-studio rooms in Illinois, Melbourne, London and Edinburgh. “Do NOT cup the mic!” is about as far as production guidelines went for it, according to their press release.

Clearly, Young Fathers are more interested in energy than clarity. Early TV On the Radio releases are an immediate comparison to the sonic space of White Men Are Black Men Too. Lo-fi, distant and bombastic. Inquisitive, zealous and dynamic. It’s not rap, it’s not rock, it’s electronic, it’s not indie, it might be alternative but really, it’s somewhere in the middle.

Lyrics and the title feature a first-person view on race, politics, violence and religion (“Tonight I don’t love God”).

The band are Scottish, Liberian, and Nigerian and they expand on the album title with a unique interchangeability – “I’m tired of playing the good black…. I’m tired of blaming the white man.. His indiscretion don’t betray him / a black man can play him. Some white men are black men too.”

‘Shame’, ’27’ and ‘Rain Or Shine’ are digestible versions of Young Fathers, not pop – any song with “cunt” in the first lyric isn’t aiming for that sensibility, but there is an impressive distillation at play on those three songs.

‘Rain Or Shine’ is built on an organ stab and a disembowelling bass-heavy rhythm and could be about a messiah or the street preacher offering advice. ‘Shame’ is their most TVOTR-esque sound as healing-moment yet. ’27’ offers melodic prettiness and barrel percussion under lyrics like “I killed a man with my bare hands, please forgive me.”

Above it all, Young Fathers remain visceral and entrenched in urban dystopia. Against the decaying world they shove, whilst simultaneously carving an increasing melodic sweetness with a zealous cacophonous tribal punk spirit.