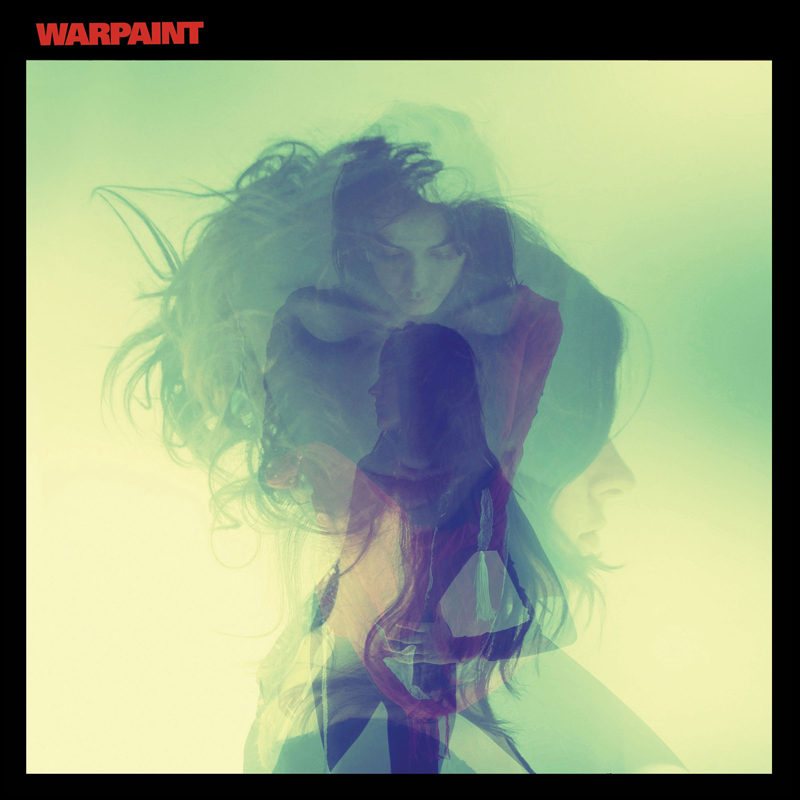 Four years after their debut album, Warpaint’s followup release normalises what helped characterise their sound. The stoner rock and ’90s alt-guitar band elements have been jettisoned in favour of a more cohesive whole that’s more informed by electronic and R&B music without any cynical motivations.

The overall emphasis on mood means that there’s no room for a standalone highlight like ‘Undertow’ (or a single as the industry calls it) as Warpaint is about creating textures overall.

That’s not a huge deal to anyone who witnessed the band’s live shows since The Fool came out in 2010. The band’s sets came across like elongated jam sessions interspersed with snatches of vocal lines that sometimes came across as a guide for the instrumental indulgence rather than songs. Tracks from the 2008 EP Exquisite Corpse, ‘Elephant’ and ‘Billie Holliday’ often added memorable emotional weight to those set lists.

That loose M.O. continues here but overall, the vocals are given much more emphasis. No longer are the words delivered imprecisely and in a slightly sloppy amateur fashion.

Theresa Wayman, Emily Kokal and Jenny Lee Lindberg are more confident vocalists, relying less on reverb than their strengthened vocal chords to lead things. They still want you to know these songs were jammed out though, as is made clear by the record starting with a mistake.

The production and mixing by Flood and Nigel Godrich helps to clear the stoner fog. With everything clearer in the mix, there’s less room for off-centre evasion. So if you like your atmospheric rock music sloppy then Warpaint might not be for you.

The synths – YES, A BAND HAVE INTRODUCED SYNTHESIZERS ON THEIR SECOND ALBUM – INFORM THE CLICHÉ POLICE – add texture and body to songs that relied previously on guitars to do all the work. The central synth line on ‘Biggy’ gives Warpaint’s music a stride that suits them and was unknown to them previously.

To mark how far removed from potential monotonous rock the band have come, ‘Go In’ is a descendant of a ’70s soul/funk band slow jam that Madlib could sample. ‘Hi’ sounds positively like the nuanced R&B work of Massive Attack on Mezzanine, while ‘CC’ has some of the same atmospheric malevolence that made that record so caustic.

‘Hi is propelled by Stella Mozgawa’s propulsive drumming, who does much for giving the record a physical grounding. The rhythms are ably matched by Lindberg’s palpable basslines which are flowing and headnod-inducing throughout, particularly on the slinky ‘Disco // very’, which comes across as an ESG-style childish playground taunt.

Warpaint is a more robust and sensuous record than The Fool. It requires more patience but it will impart itself on you more tightly with its precise yet dreamy textures.