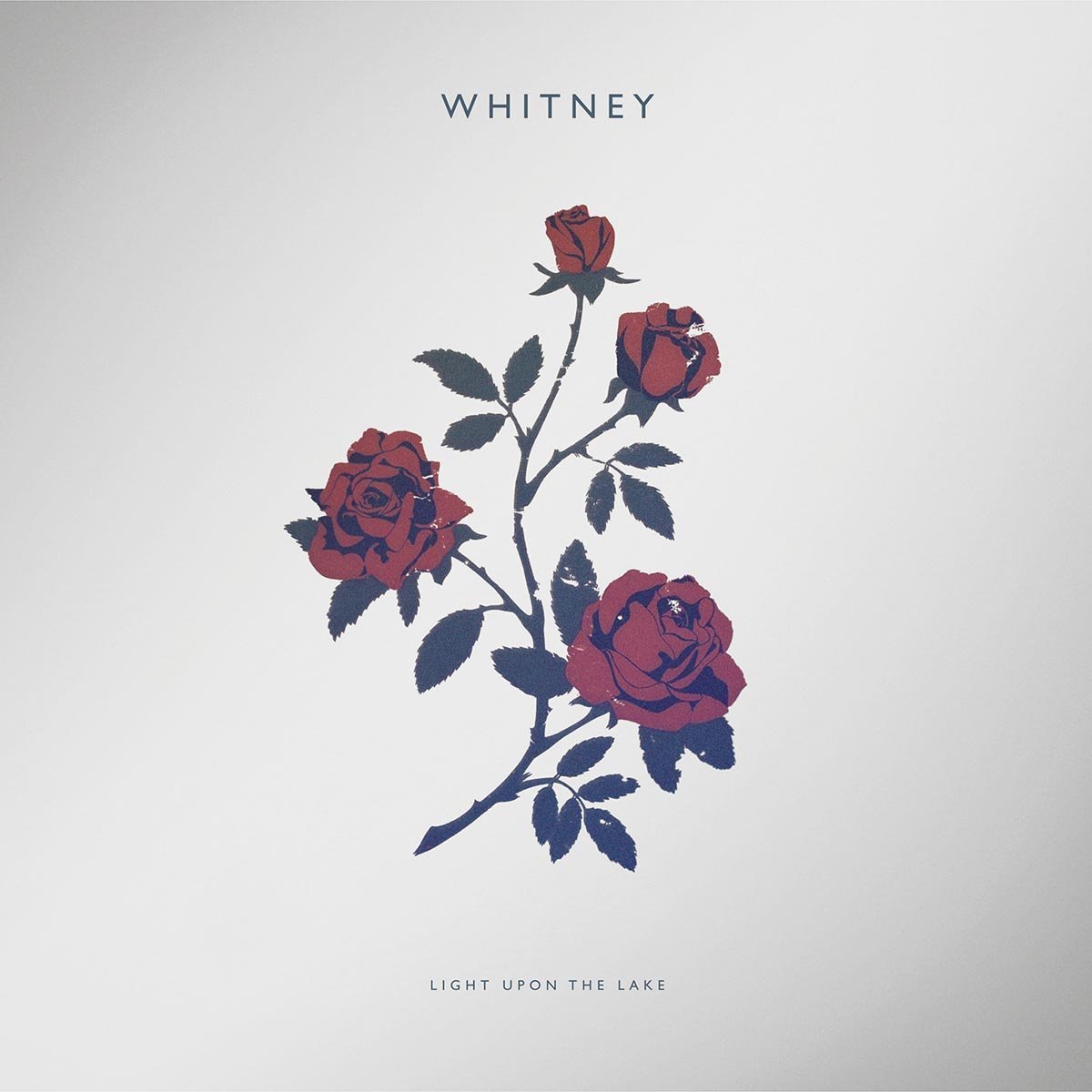 At a zippy 30 minutes, this debut album is full of pastoral rock music that harks back to laidback sunshine pop yet addresses themes of loneliness and breakup. Staring at the sun in order to leave bad vibes behind.

The band name comes from the pair’s creative process – and Whitney was the personification of the band’s deliberately imperfect uncluttered songwriting, recording and production. Ehrlich did play with Unknown Mortal Orchestra and there is some of that lo-fi sheen across Light Upon The Lake. Vocally, Ehrlich is on the whinier falsetto Neil Young scale but you could pick his voice out of a wheezy lineup and it barrels along suitably in the drift.

The album’s simplicity is its great strength – an overall breezy melodic haze dominates – horn lines bring a nostalgic viewpoint to the songs, the twanging guitar lilts and expresses itself humbly and firmly.

Highlights include the rhythmic naive tilt of ‘The Fall’ (“I’m not too sure which way the rising river flows / but my dear, don’t let me go”),the country-style roots/pop of ‘No Matter Where We Go”, the wistful melancholy of ‘No Woman’ and the album is encapsulated by the sentiment of the nostalgia-driven ‘Golden Days’.

By the time, The Beatles-esque jangle of ‘Follow’ rolls around and the album’s half-hour has elapsed, you’ll feel like you’re rolling down the river, pushing those summer blues away.