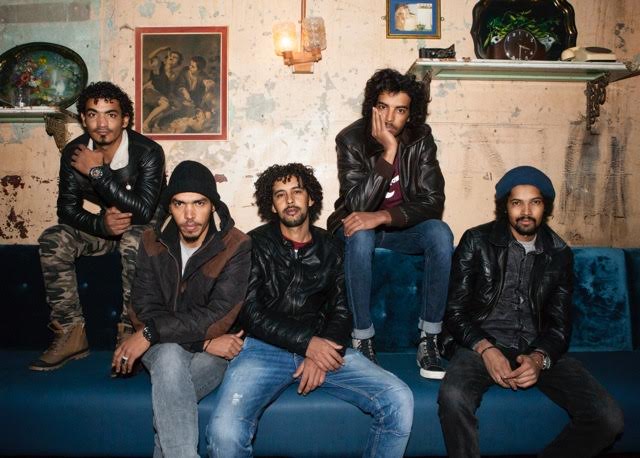 Algeria’s Imarhan are following in the footsteps of Tinariwen and Songhoy Blues in African guitar bands breaking into into a Western market with an album release on City Slang at the end on April 29th.

The six-piece band from Tamanrasset in Southern Algeria make music similar to their Saharan Tuareg peers. Eyadou Ag Leche of Tinariwen may be a cousin of Imarhan frontman Sadam, there is the suggestion of a different undercurrent to proceedings, with the label press release saying “their
poetry and flow has a more integrally urban base than the ancestral Tamashek poetry and traditional rhythms of their elders.”

Displacement is in the Tuareg people and with Imarhan it’s perhaps manifested in a wider net of influences: from funk grooves further in West Africa to Saharan Traditional folk music and Algerian Rai music.

The self-titled ‘Imarhan’ is your way in:

In the language of the Kel Tamashek people ‘Imarhan’ means ‘the ones I care about’.