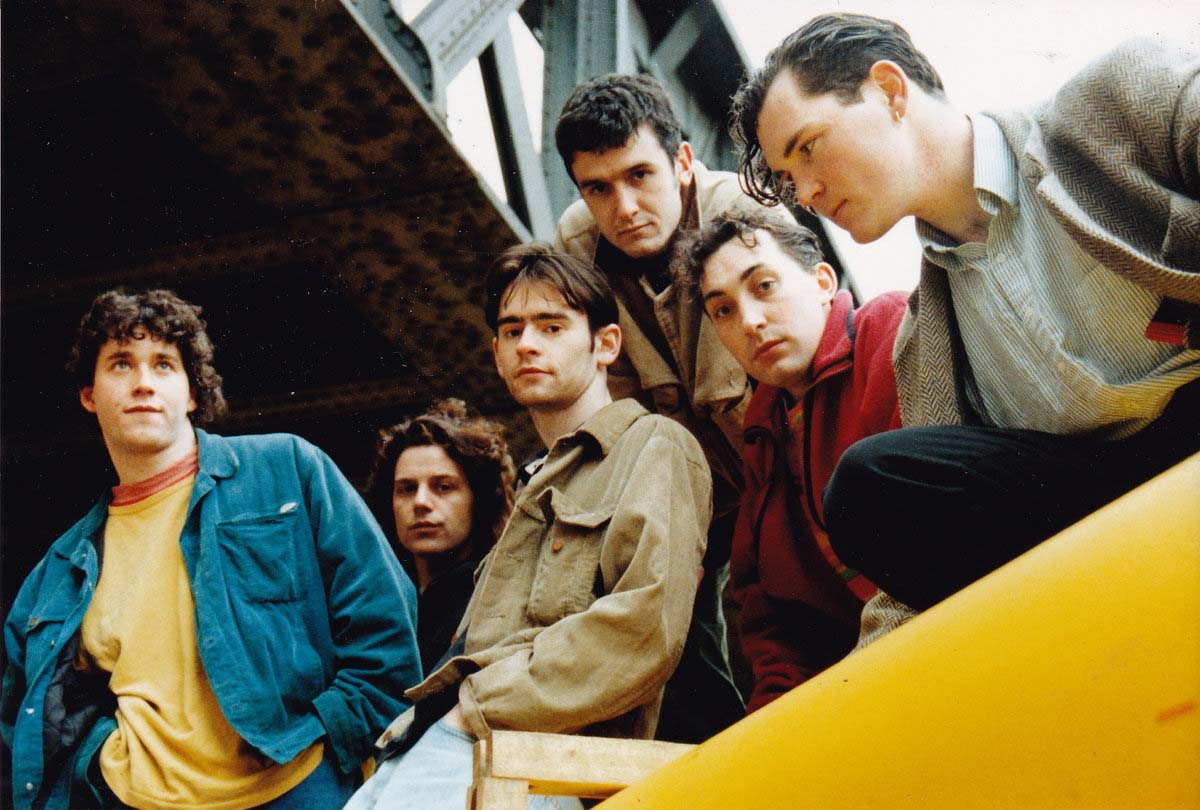 All City Records have been delving into Ireland’s past with a series of releases on sublabels like AllChival featuring interesting records like the Quare Groove and Buntús Rince compilations, Michael O’Shea, Stano, Nick Rolfe and The Wormholes.

For their latest endeavour, they have set up a reissue label for releasing physical versions of Irish dance music of the 90’s/early 00’s under the nameArís – a perfect name for an Irish reissue label.

First up for release are two remastered tracks from 1992 from Bumble’s EP West In Motion with a new remix from Brame & Hamo to celebrate the release’s 30th anniversary, and bringing it right up to the present day.

You can buy the release on Bandcamp. It’s released on February 7th.

Here’s the info on the release:

Nineties Ireland; a remote island slightly out of music-step with the rest of Europe, dominated still by the ‘guitar music’. Meanwhile, our neighbours across the pond had transitioned to synths, drum machines and ecstasy to forge a seminal movement in ‘Rave’ and proceeded to change music and club culture forever.

Slowly but surely, this radical wave of P.L.U.R. made its way onto Ireland’s shores. While raves both legal and illegal gradually proliferated, there was a telling lack of Irish-made ‘Rave’ music soundtracking them. Availability of the necessary music equipment and studio space to do this was few and far between, meaning this practice was a fortunate novelty to only a few.

This makes the existence of Bumble’s 1992 effort ‘West In Motion’ quite remarkable. The group was formed in 1991 by musicians Matt Early, Hugh Drumm and producer Fintan McDonald. Heavily under the influence of Dance Music, particularly Cubic 22’s ‘Night In Motion’, the trio aimed to mix that burgeoning ‘Rave’ sound with something a bit different: Irish Traditional Music. They entered Bow Lane Studios in Dublin eager to experiment with this rather unusual pairing with the hopes of producing one of Ireland’s first House singles.

Soon after, McDonald invited DJ duo Dave McDonnell and Mark Crumlish (aka The Banana Boys) in to help ‘rave’ up proceedings. The pair were gigging a lot at the time while also working in Ruffin Records in Dublin’s City Centre, so this helped renew the studio sessions with a refreshing club-focused direction. The first tangible result was the modestly successful ‘Up’, a self-released white label that acted as an early version of what was soon to become West In Motion. The record piqued the interest of U2’s Mother imprint of all places, who subsequently signed them to a full release on the label.

The eventual EP titled West In Motion landed in 1992, and became one of Ireland’s first ‘Dance’ records in the process. It featured five tracks; the instrumental title track, a ‘Club’ edit, a ‘Haunted’ version (featuring Breda Mayock on vocals), a Banana Mix (courtesy of The Banana Boys) and a Hard Mix. The fifth was an epic 12 minute remix from Andrew Weatherall, a fan of the original record having received a white label copy at a Primal Scream gig in Dublin in ‘91. It all turned out to be a relative success, reaching 14th in the Irish single charts.The group subsequently had an all-too-brief career as a touring band, where their manager Tristan Orpen-Lynch brought in brother Adam and guitarist Dave Baxter to join. They played live shows across the country, being tipped by the press to become Ireland’s premier Electronic act. However, after a shelved debut album amongst other things, the group soon disbanded and their legacy quickly faded into obscurity.

To honour this important record on its 30th anniversary, we have remastered 2 tracks from the original EP and invited one of West Ireland’s greatest exports Brame & Hamo to remix it; their pumping proggy take, a fitting complement to the spirit of that original era. Revisiting West In Motion after all these years helps highlight how crucial it is to the canon of modern Irish music, and will hopefully help introduce Bumble to a whole new generation as a result.

Watch Fontaines D.C perform ‘Jackie Down the Line’ on The Tonight Show with Jimmy Fallon