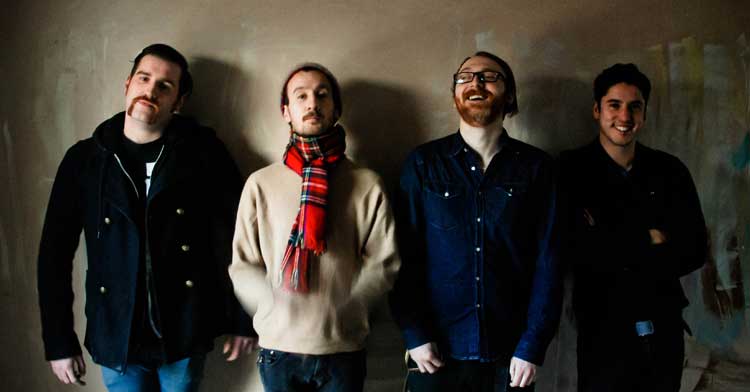 Watch Tame Impala do ‘Let It Happen’ on Conan

There was a beautiful piece of radio on BBC’s Across The Line last week about the Belfast weekend of gigs called A Little Bit Of Solidarity in 2008 culminating in a gig in one of the biggest venues in town, Mandela Hall featuring And So I Watch You From Afar and their peers like LaFaro, Lowly Knights, Panama Kings, A Plastic Rose and more.

It was one of those times when music captures the mood of its people better than most things. It was a celebration and an identity solidifier. Those qualities have always been the kinds of things that I have attributed to the music of And So I Watch You From Afar and those qualities of possibility and capturing a mood of a group of people beyodn themselves.

The band’s next album Heirs, comes out on in May on Sargent House. ‘Redesigned A Million Times’ is a vocal-lead cut featuring Rory Friers’ brother, Ewen, which brings in a different mood to the band’s music. The exuberance and encouragement of solidarity is still there.

Hear also ‘Run Home’ and ‘Wasps’ from the record.

Naturally, the band are going on a huge tour once again: