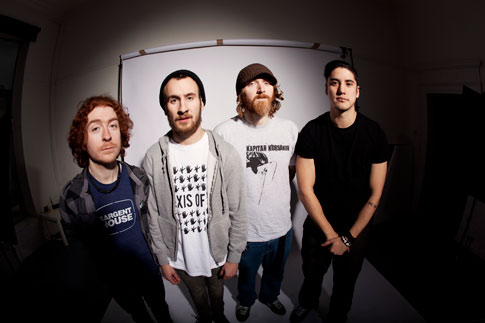 And So I Watch From Afar – Search:Party:Animal

Are you ready to be pulverised once more? The hardest working band on this planet (and any other in fairness) ASIWYFA are back with a new album called Gangs on May 2nd through Richter Collective. The first single from the album ‘Search:Party:Animal’ is released for download on Monday 28th February with remix stems available. After that it will be released as a 7″ single on April 4th.

‘Search:Party:Animal’ is an indication of what to expect from ASIWYFA’s forthcoming colossal and celebratory album, and finds the band at their loudest and most relentless. LET’S DO THIS!!