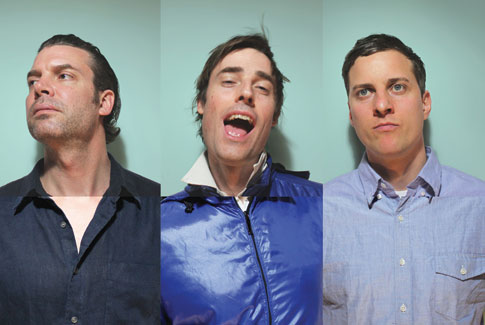 When Tyondai Braxton announced he was leaving Battles, a large part of me wasn’t surprised. When the band played in Tripod in December 2009, Braxton seemed to have to be selfishly dominating things. I have this vague impression of the rest of the band staring at him for most of the gig, waiting for their turn to join in, while Braxton played wizard to a table of pedals and effects.

Aguayo takes the lead vocal for the band’s first single from the album – ‘Ice Cream’. It suggests Gloss Drop may be a return to rainbow-bright rock music with just enough diversive friction while swaying away from the over-indulgence that Braxton seemed to be leading them into. Here’s a radio rip of the single from Zane Lowe. Time will tell.