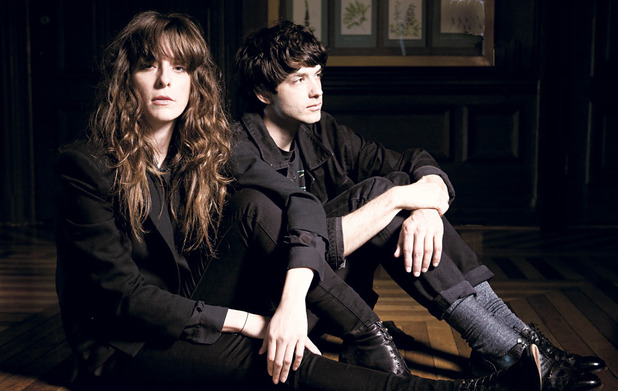 Beach House are releasing an album six weeks after the release of Depression Cherry. It’s out next Friday and it’s called Thank Your Lucky Stars. It’s a proper album and everything:

We are releasing our 6th full length LP on October 16th!!! It's called Thank Your Lucky Stars. More info soon…..

We are very excited, it's an album being released the way we want. It's not a companion to depression cherry or a surprise or b-sides

This is the cover:

We are happy to announce that "Thank Your Lucky Stars" is coming out on vinyl and digitally on October 16th!

The album is on green vinyl and on the Subpop website for pre-order.

There ya are now.