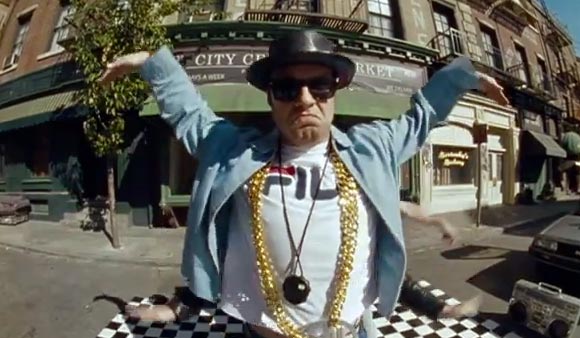 
Update: the video is now official and the album is now streaming below!

Watch the full explicit almost 30 minute Fight For Your Right Revisited film from the Beastie Boys which debuted on Comedy Central last night and features this insane cast. Check out the Hot Sauce Committee Pt. 2. pre-order.

There’s a ‘Make Some Noise’ high quality video culled from the same movie which can be watched on MTV UK.

Say It by Beastie Boys