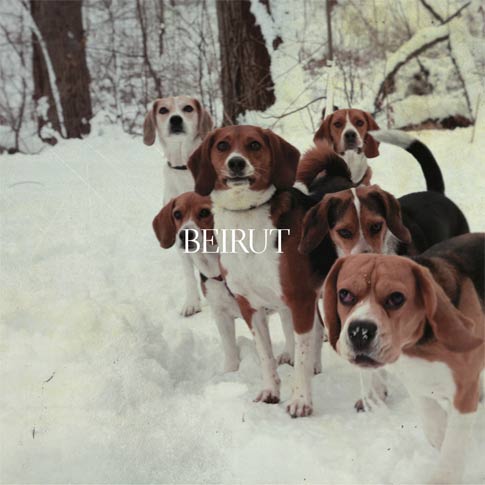 The return of Spank Rock: Everything Is Boring and Everyone Is a Fucking Liar

The new Beirut song ‘East Harlem’ debuted while I was away last weekend and today details of the new album have been released. Entitled The Rip Tide, the band’s followup to 2007’s The Flying Club Cup (first release since March of the Zapotec EP in 2009) and third album proper is said to be “the most introspective” of all of Zach Condon’s albums to date. It will feature contributions from Heather Trost of A Hawk and a Hacksaw and Sharon Van Etten as well as the Beirut band. The Rip Tide gets a release on August 26th in Ireland (29th UK / 30th US). ‘East Harlem’ is out now backed with album track ‘Goshen’.

Recorded in Upstate New York, Brooklyn and, of course, Condon’s hometowns of Albuquerque and Santa Fe, The Rip Tide marks a distinct leaping off point for Beirut. Musically, songs have a harmonic immediacy that contrasts the complexities of Zapotec’s Mexican full orchestra compositions. These songs started as small melodies, conceived on piano or ukulele, then built upon by the entire band’s contributions in the studio, before undergoing a paring down and retrofitting by Condon. What results is a record that sounds like it could have been recorded in one session, with exciting rhythms matching the upbeat horns and contrasting the mournful strings. In terms of style, no direct geographical affiliation to be exhumed. Rather, what emerges is a style that belongs uniquely and distinctly to Beirut, one that has actually been there all along.

Lyrically, Condon exposes a depth of honesty that outstrips the simplified nomadic troubadour image of his past. The songs speak of love, friendship, isolation and community, touching on universal human themes that are less fabricated stories than impressions of life at a quarter century of age. Songs are no longer about imagining places you haven’t been; they’re about places of which we are all extremely familiar, some of them too familiar.

This dramatic shift expands Beirut’s palate without weighing the music down. Condon has coated serious lyrics with his greatest tunes ever. The second track, “Santa Fe,” is the best pop song he has yet written, a jumpy ode to the town of his youth, and an early sign that The Rip Tide is all about the staycation. Of particular note is “Goshen,” a torch song that wraps itself in Condon’s delicate piano phrases at a level of intimacy never heard before on a Beirut song.