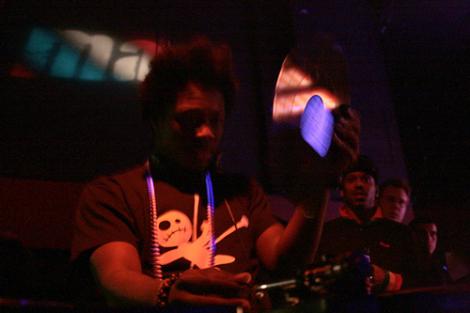 Last week, I was talking about my general disappointment in Dubstep in 2007. Readers left insightful comments to counteract the argument but the fact remains that I wasn’t that excited much last year.

Maybe these things turn out to cyclical however. During the week I received a tip-off concerning Benga’s latest Breezeblock for Mary Ann Hobbs on BBC Radio One. It’s precisely the type of dubstep I got excited about in the first place – electronica running through its veins, techno flourishes, otherworldy dirty stankin’.

Much of his own material on the mix is from his forthcoming album Diary Of An Afro Warrior due out in February. As for Mary Ann Hobbs, upcoming guests include Santogold, N-Type and Durrty Goodz.

Radiohead take over Zane Lowe on Radio One