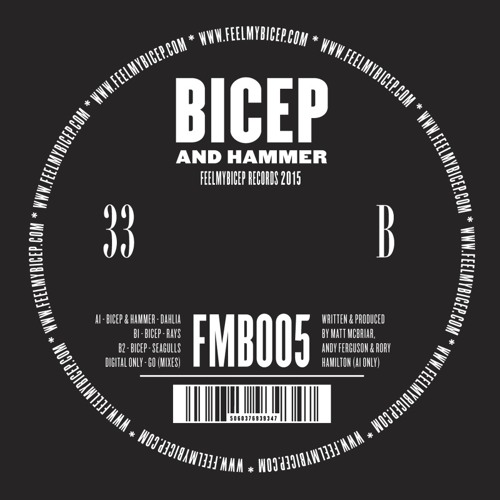 Bicep’s recent siren-synth stomper ‘Just’ found its way into the record bag (or laptop) of the world’s most influential DJs and the hearts of many including me. Here, the Belfast duo flex their muscles with their friend Hammer (Rory Hamilton) on eight minutes of lush piano-house that keeps the groove and hype building.

The song is released on the five-track FMB005 on September 7th. Pre-order and track previews.