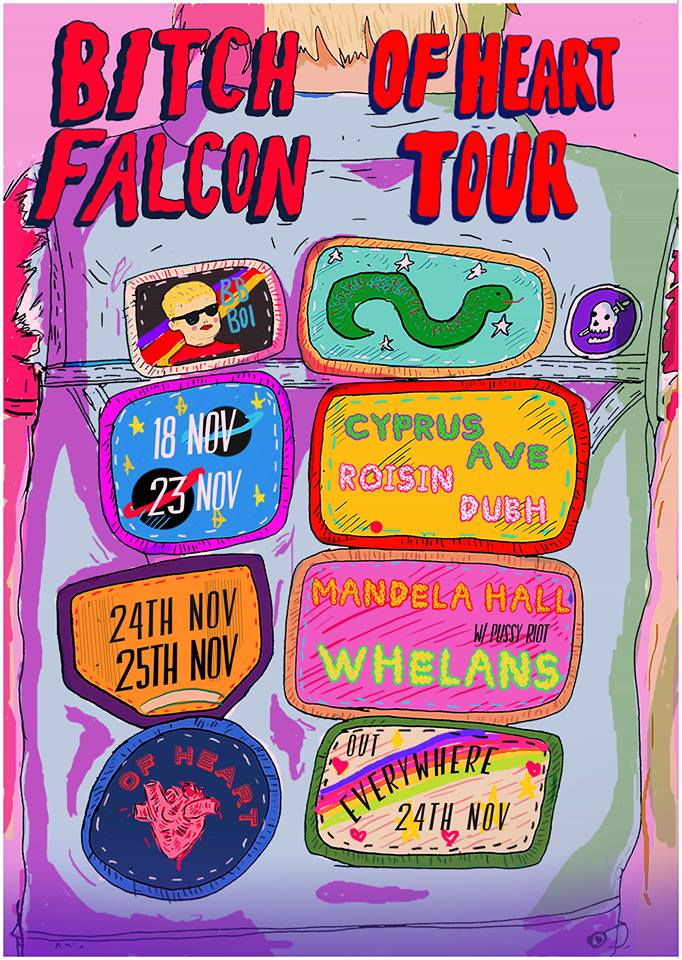 Fans of Bitch Falcon will know ‘Of Heart’ from live shows but the single out November 24th is now available in recorded form.

The song is slow dirge of a rock song that creeps across its running time menacingly.

Drummer Nigel Kenny says, “The song has been hidden away and kept from release while finalised the arrangement which changed gradually over the course of about 4 years. This track has a very strong, personal subject matter and as a result it was carefully cradled, cajoled, encouraged and moulded in to the final result.”

The band have gone through a change of bassist this year when original member Naomi Macleod left this summer and was replaced by Barry O’Sullivan.

Bitch Falcon are on tour this week and are playing Cork, Dublin and Galway and are supporting Pussy Riot in Belfast. They will also play Eurosonic in 2018.That’s the bitchin’ artwork above.