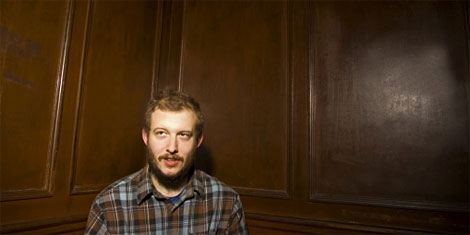 If you were at The National show in the Olympia last night, you will have heard this song serve as the introduction to the band.

Much has been written about Bon Iver’s recording methods of hibernating in a remote cabin in Wisconsin for three months during winter. It’s inevitable because these songs on For Emma, Forever Ago are desolate and brooding, questioning and a little lonely. Iver sounds like a man who hasn’t talked to anyone in a long time. Even his name means “Good Winter”, slightly bastardised from the French version.

FYI: I thought the National were middling and the sound was awful. Thank you. See you guyzes on Monday/Tuesday.