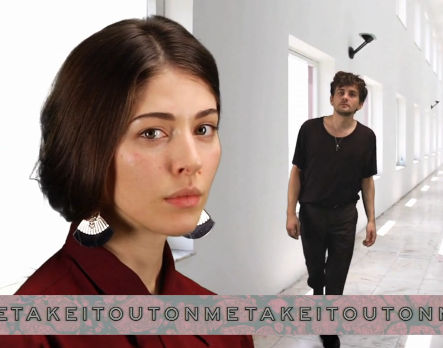 The band with the stupid name return with a song title that is not a thing, and a song that is definitely very much a thing. A big ’80s theme-tune-sounding synth buzzing on a highway. Get those dance moves out of the closet….

Charlift are now a duo. ‘Amanaemonesia’ (pronouced “ah-muh-nah-muh-nee-shuh”) will be released on a 7″ through Grizzly Bear Chris Taylor’s Terrible Records and an album is coming later through Columbia Records. Singer Caroline Polachek last appeared on Washed Out’s ‘You and I’.