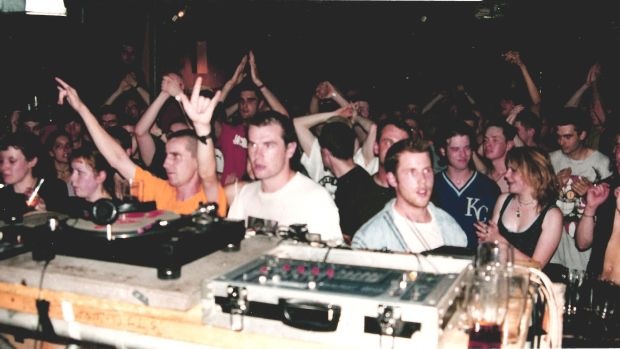 Dublin Digitial Radio DJ Kate Butler and The Golden Maverick have put together a new mix and feature article which explores a since defunct venue in Dublin nightlife culture.

The pair shed light on ‘The Funnel’ nightclub, detailing the lasting legacy of one of Dublin’s most iconic rave venues. The nightclub opened its doors in 1997 on 24 City quay and closed in 1999. Much like many clubs in a city, The Funnel reflected the attitudes and atmosphere of Dublin City as rave culture grew from the underground scene into the mainstream.

Accompanied by the piece, there is a compilation of songs that were made by Irish artists associated with The Funnel between 1994 and 2009 that would have made regular appearances at the venue.

Kate Butler and The Golden Maverick break down 12 of these songs for us and give us some back story to the tracks and artists. Above all else, it immerses us into the juvenile age of the rave scene in Dublin that was budding 25 years ago, giving us a better understanding of the roots of where we are now.

The piece is featured on the Shock World Service podcast which explores tracks and music scenes beyond just the dancefloor. You can check out their piece here.

Broken Social Scene cancel all European dates due to illness