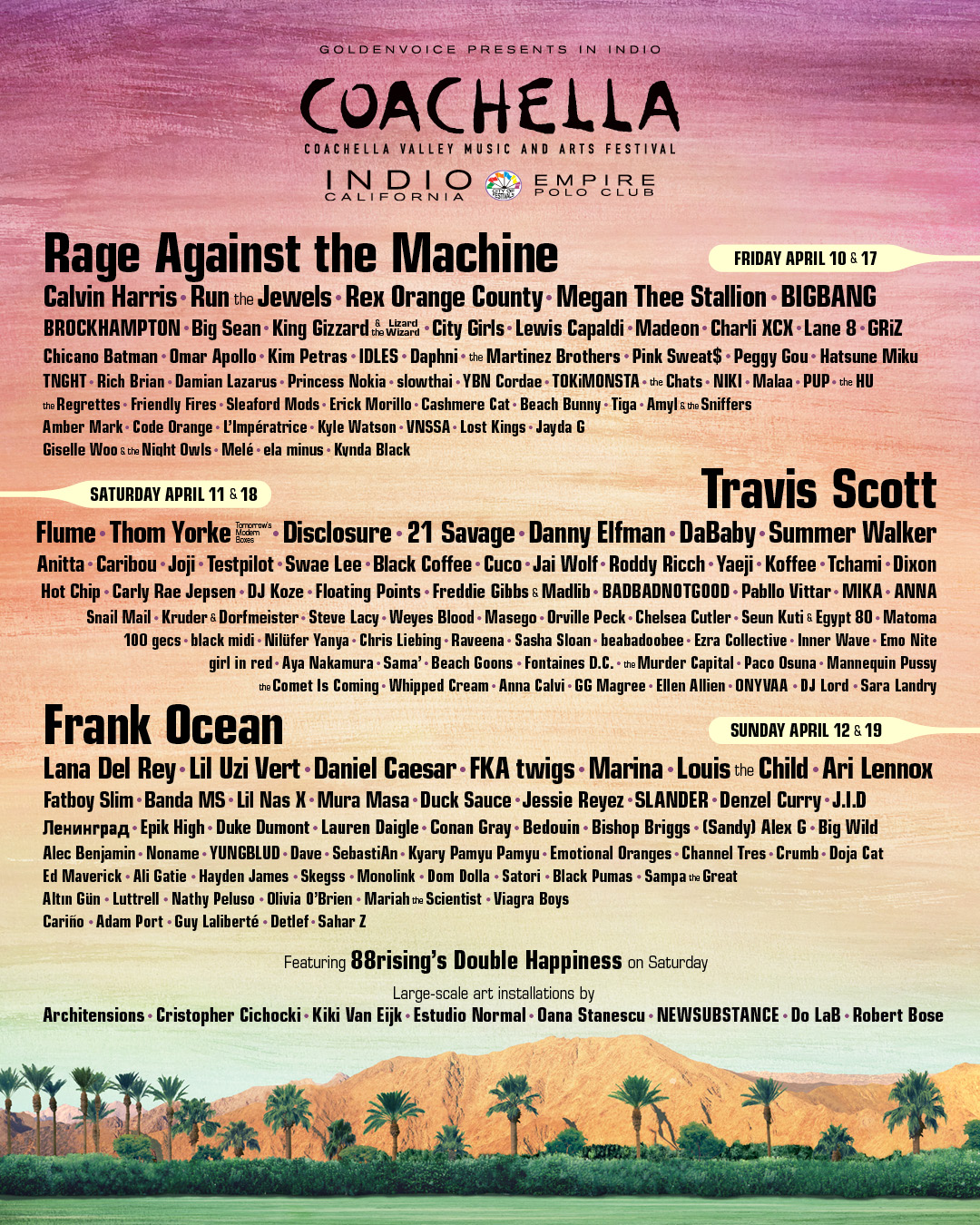 Whether you’re the kind of person who has Coachella on their bucket list or wouldn’t even consider that California desert heat and the weird drinking pens as an option, there’s no doubt that the festival sets the trend of what comes down the line at music festivals around the world. So it’s always worth a look at who is playing Coachella.

Headlining this year are Rage Against the Machine (previously announced), Travis Scott and Frank Ocean.

From Ireland, both Fontaines D.C. and The Murder Capital are Indio-bound for two weekends in April (10th-12th / 17th-19th)