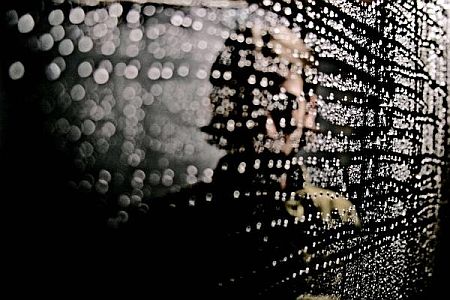 Hip hop inspired by P.E., DJ Premier, Kraftwerk, J Dilla, Dr. Dre; the sonic result of music realized in methods using drum machines, synths and step sequencing; the sonic pallette of new wave, electro, early industrial dance, synthie funk, and digi-dub – many of which were popular among skateboard youth and the air waves of Detroit’s best, Electrifyin Mojo and The Wizard in the late 80’s-90’s.

So says Tadd Mullinx aka Dabrye’s (pronounced “DOB-ree”) Myspace page. Closely aligned to glitch hop maestro Scott Herren aka Prefuse 73, the sound on Dabrye’s latest Two / Three comes quite close to Herren’s work. Where Herren likes to chop MC vocals a fair bit, Dabrye lets the MCs do their thing. Unfortunately “their thing” is mostly distinctly average which is a surprise considering the guests here are some of the best independent MCs around – MF Doom, Vast Aire (Cannibal Ox), Beans (Anti-Pop Consortium), Jay Dee, and Kadence. There are some good rhymes here and there but the lack of quality is noticeable. The music however is top notch and if Dabrye can bring the MC collaborations up to the same level, it could have the same impact as Prefuse 73’s work.

Have a listen and judge for yourself.