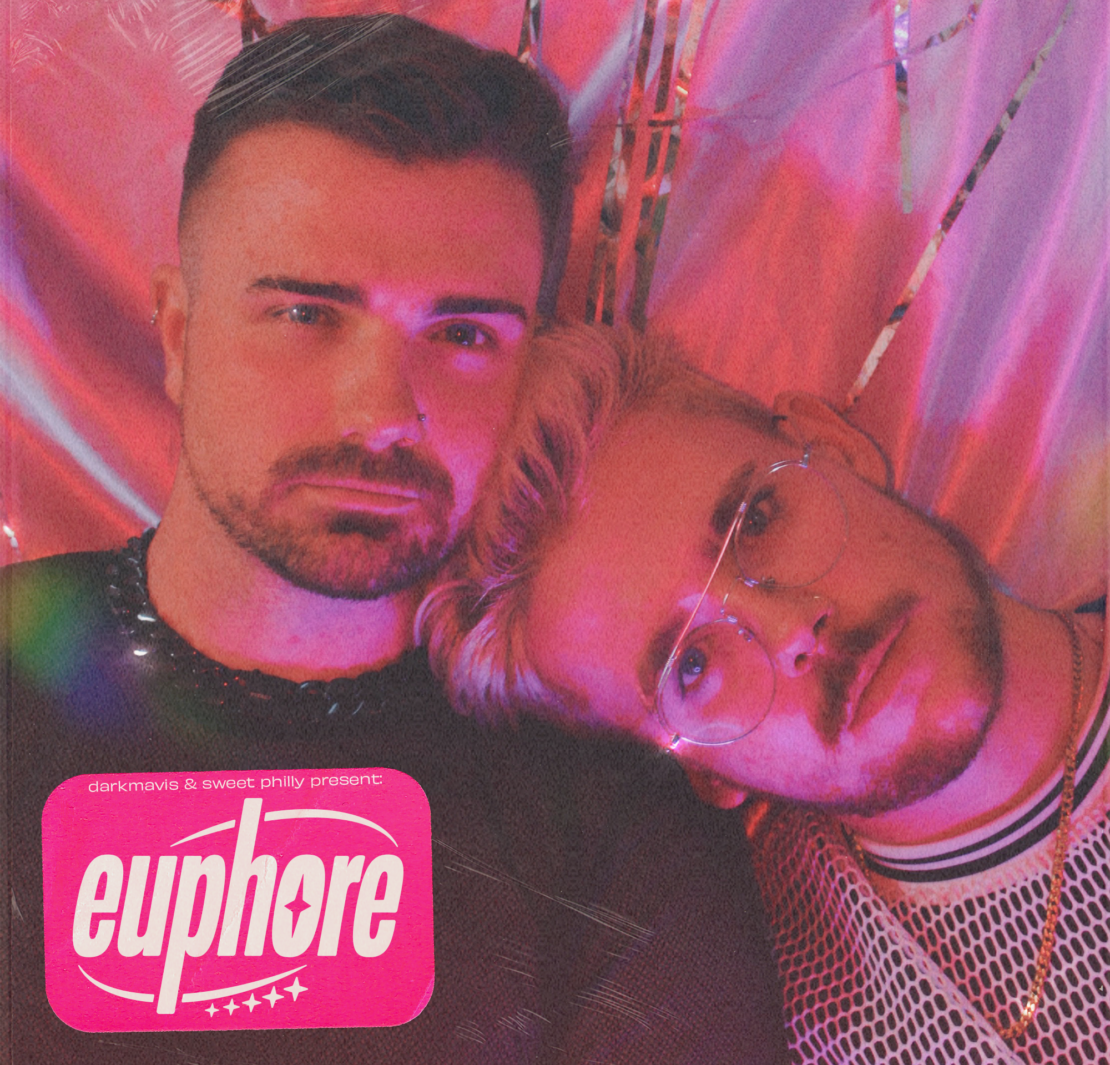 
Irish electronic producers Mark Davis aka darkmavis and Philly Holmes aka Sweet Philly have collaborated on an EP that is released this Friday.

The darkmavis and Sweet Philly EP features five-tracks of dayglow club productions with jungle, breaks, techno, trance and hyperpop styles alluded to or included in the tapestry of the tracks.

DJ Mag premiered ‘Stabbed’ this week, and here, we offer track 2 – ‘Euphore’ which they say is “a bright pink and sparkly 155bpm rave tune stacked with jersey club, trance and pop influences,” much like the artwork on display.

Have a listen to the smartly-titled ‘Euphore’ ahead of the EP’s release this Friday November 26th via Bandcamp.

Mark Davis, aptly named ‘darkmavis’ is a 24 year old Dublin based DJ, Producer and Writer. He is the co-founder of Dublin based collectives Crane Club and Common Ground, which recently expanded to form their own imprint, named Talamh Records (Irish Language for Grounded).

He primarily produces and plays Experimental Electronic Music, Club Music and Hard Dance Music. He is the host of ‘Donuts’ on Dublin Digital Radio, a platform which he started up as a monthly space to showcase forward thinking music with mixes and chat from himself and guest DJs. He is also a regular contributor with Four/Four Magazine, which is Europe’s fastest growing Electronic Music Magazine. His music has been featured on DJ Mag, Four/Four Mag, District Magazine and Plain Sailing Belfast to name a few. His sound has been heard on the airwaves of Project Radio, Dublin Digital Radio and RTE Pulse and he can also of course be heard playing around Dublin clubs such as Index, Yamamori Tengu and HDNLUV to name a few.

Mark’s venture into DJing and Production was inspired by forward thinking artists such as the late SOPHIE, A.G. Cook, Aphex Twin, Roisin Murphy and Daft Punk.  His first found love for electronic music stems from an early discovery of house music and 90s trance music as a child, which his sister Lorna would constantly have playing around him, with his earliest memories being himself hearing classics such as ‘Kings of Tomorrow – Finally’, ‘Ultra Nate – Free’ and ‘Energy 52 – Cafe Del Mar’ on repeat in the house.

Their music production draws from Jersey Club, Hyperpop, Trance, Rave, Experimental Pop Music and soundtracks, wearing its queer influences on its sleeve. Their recent club releases have been featured in Hot Press Magazine and Plain Sailing and their tracks have been heard across Ireland’s Airwaves and dancefloors.

They try to centre their queerness in all of their work, drawing from future facing experimental producers such as Kai Whiston, Umru, SOPHIE (RIP), A.G. Cook & Himera and other forward thinking artists such as Evian Christ, CFCF, Doss & more. Expect to hear more from Sweet Philly soon…