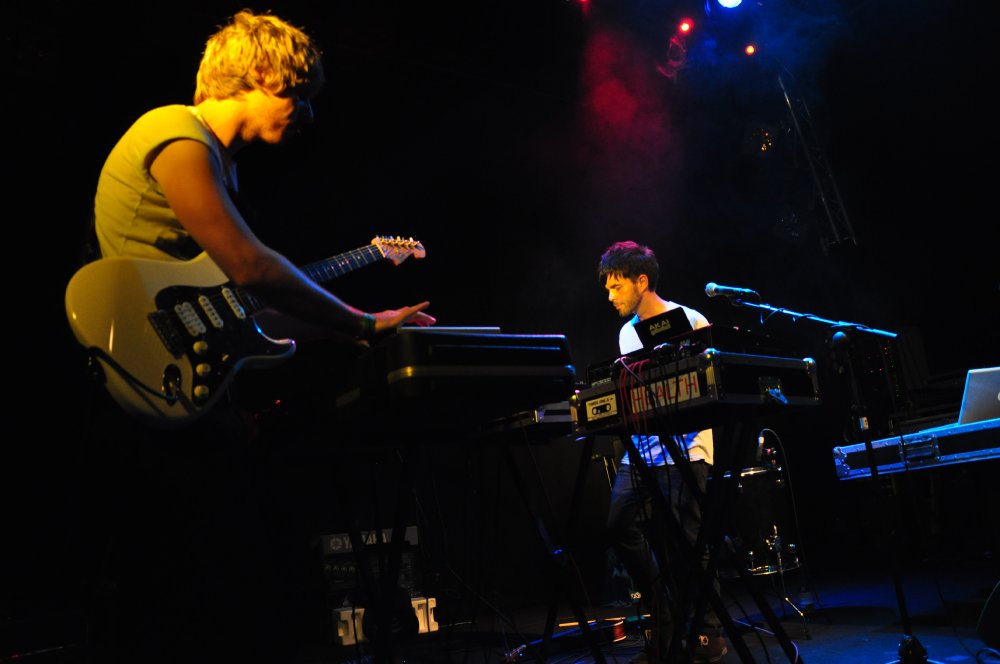 Synchronically, the band made up of Darren Moloney and Brian Rice have debuted their second track ‘Woods’ on Naomi’s Harmless Noise blog as the band play alongside Low Sea, Toby Kaar, VerseChorusVerse and Logikparty / Le Galaxie DJs at Future Bright on Thursday night in Crawdaddy. I caught Last Days Of 1984 live in the Roisin Dubh, Galway last week and was impressed by their post Merriweather Post Pavilion sounds. ‘Woods’ is an ode to “early ’90s dance 12″s”.