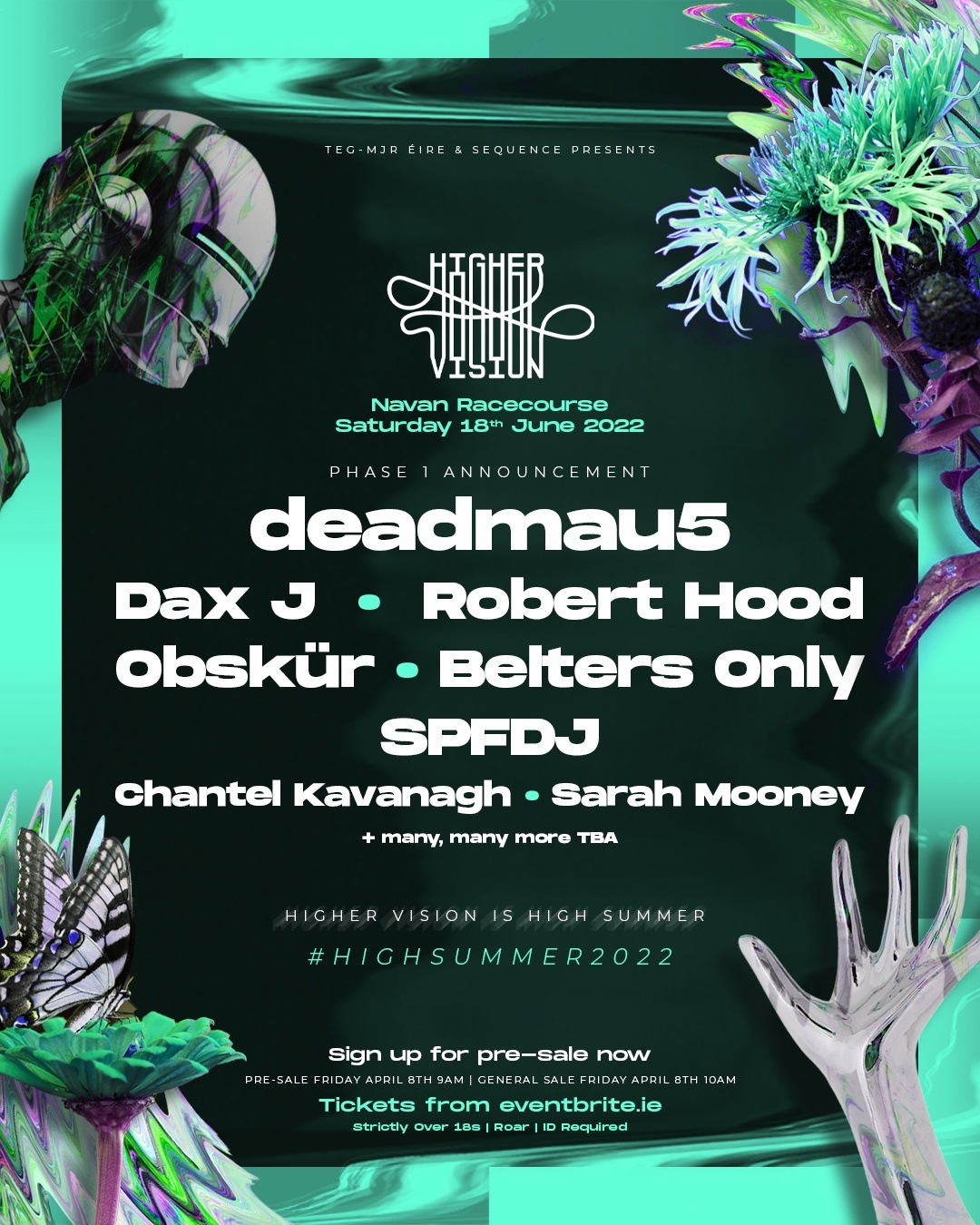 Higher Vision Festival is one of Ireland’s dance festivals happening on Saturday June 18th (that month is stacked with Forbidden Fruit, Body&Soul, Beyond The Pale to name a few as it is) and organisers TEG-MJR Éire and Sequence have announced this year’s headliner for van Racecourse, Co. Meath is Deadmau5.

Deadmau5 is one of the world’s most prolific dance producers, who when not performing with the big mouse head, teaches production courses online and has a project with Kaskade as K5.

On the local front, Belters Only, the Irish duo who released ‘Make Me Feel Good’ with vocalist Jazzy who became the first dance act to go to number 1 in 20 years are on the bill along with sets from house duo Obskür, Irish house DJ Chantel Kavanagh and progressive techno DJ Sarah Mooney.

More acts will be announced and general sale is on now from €55 at Eventbrite.