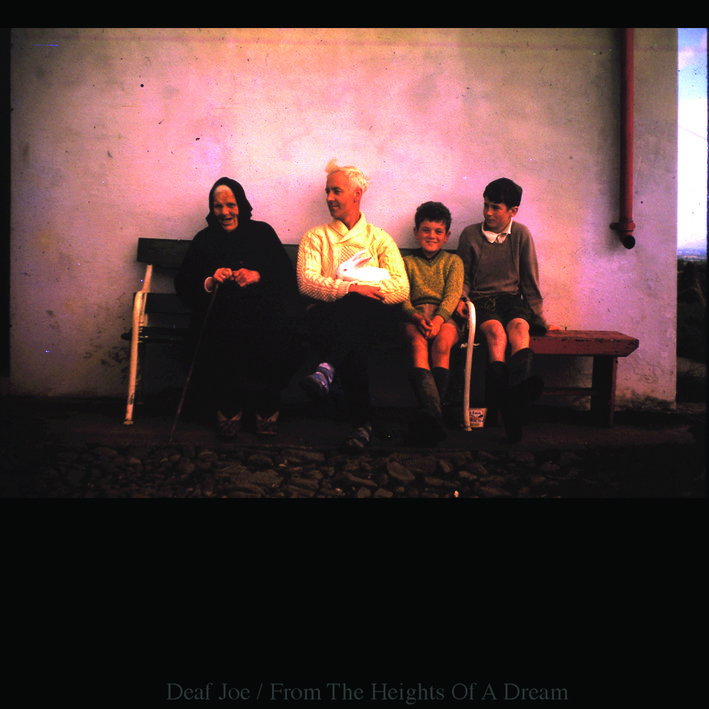 For the followup, From The Heights Of A Dream, out now on Delphi, Deaf Joe moves further into abstraction. Across 35-minutes and 9 tracks, the songs are exploratory with many leaving the impression of an artist trying out new ideas with almost-neoclassical soundscapes, inspired by Alva Noto, Vatican Shadow and Tim Hecker, rather than traditional songwriting.

The album has informed by work in sound design and composition for theatre and contemporary arts in Ireland and as such, there’s lots of atmosphere, a lot of quiet passages, a lot of colour and mood. It was written and demoed in 2010 during the big freeze while the artist was housebound during his residency at The Model Theatre, Sligo and as such there’s a close distress to proceedings.

“I was reading a lot about the history of the Troubles in the North, and found myself referencing what I was reading with current news stories online. Journalism today has this way of telling very sad stories that, if you let them affect you, leave you sitting there feeling powerless against the mindless evil that’s apparently everywhere in the world. It’s a very scary place to get stuck.”

I did feel isolated and alienated, and I ended up spiraling into these imagined hallucinatory soundworlds. I constructed a narrative around the idea of someone trying to make that negative thought spiral stop, and used these soundscapes to colour and shade the moods of the story. The whole thing ends up sounding like a waking dream, an hallucination. Because I had no one to spend time with each day, I was left to drift unmoored in my own head.”

‘For Each and Every One Of Them’ features ambient piano stylings and deliberately uneasy pounding textures, swirling piano and treated eerie vocals lead ‘For The Men Who Put Them There’, rickety train track-style percussion almost derails the confrontational ‘For The Stick and Stones’ until acoustic guitar and big piano chords bring some much-needed light. The title track is perhaps the most effective song, using the best of Joe’s songwriting and sonic explorations tightly.

From The Heights Of A Dream uses folk textures processed to make something more challenging and at times, uneasy listening.

The album is out now on the Delphi label on 28th February 2014 as a limited edition CD and hardbound book in collaboration with artist Paul Hallahan and also a download.