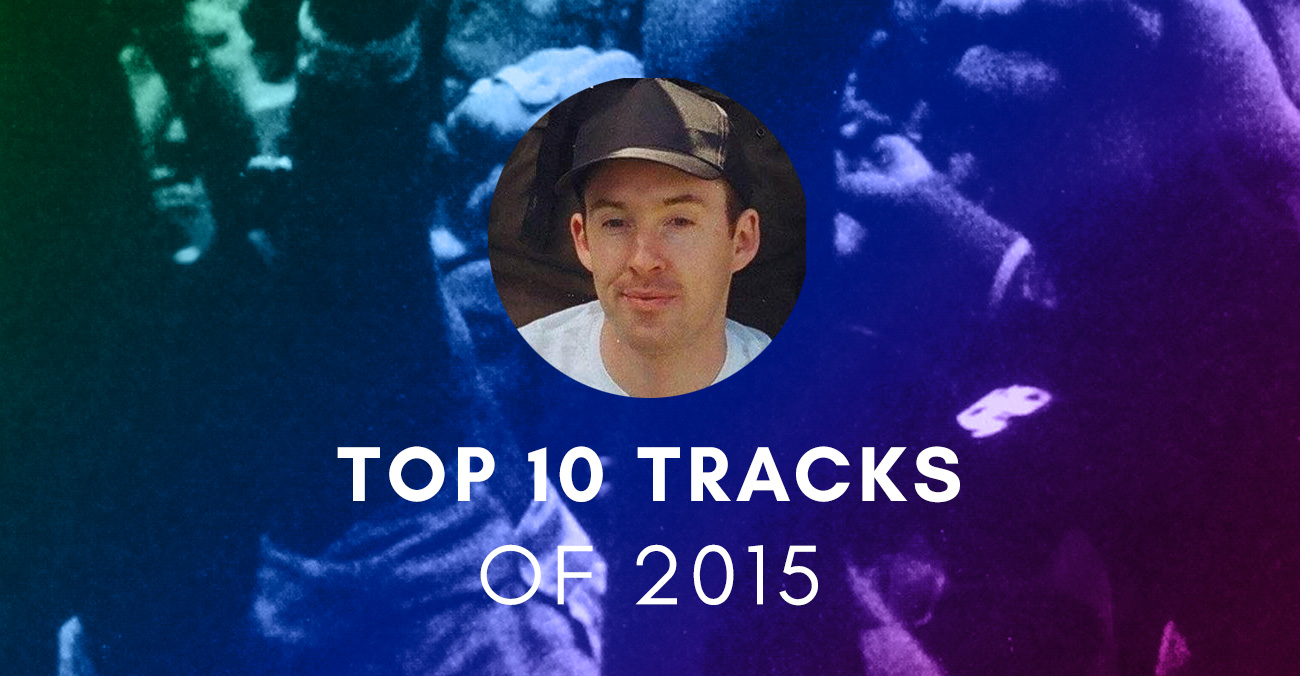 The big don behind the imaginative Discotekken parties (Xmas and NYE?), The R&B Club and one-half of the Telephones crew, DJ Papa Lou shares his favourite tracks of the year with us as part of the Best Of 2015 series.

1. Junglepussy – Pop For You

Junglepussy was born Shayna McHayle on Halloween Night, 1991. She’s a strong, soulful, straight talkin’ rapper and songwriter from Brooklyn. She’s cited Erykah Badu, Missy Elliot & Kelis as influences. Her releases since 2013 have seen her move from a hip hop / trap sound to a more defined neo-soul style. Her album Pregnant With Success is littered with x-rated spoken sections reminiscent of ‘70s soul diva Millie Jackson. Apart from making great music, her album was stylishly self released on USB keyring & sold directly from her website (obviously retaining all rights) which indicates she’s badass in more ways than one. She’s everything I love about 2015’s musical landscape.

“I loved Moesha as a child, but now I take away something more special from it….Brandy cared about books, culture and where she was going.” – Junglepussy.

Speaking of Erykah. The one and only Queen Badu teamed up with her 17 year-old son Seven Benjamin (Andre 3000 is the father, cool parents or what) to put together a cover version / remix of Drake’s now infamous ‘Hotline Bling’. In fact she put out a whole cell-phone themed mixtape called But You Caint Use My Phone. She flips the booty call narrative to the female perspective — “If you’re calling to beg for the shit but this is that pre-call before the actual begging, press 5. If you’ve already made that pre-call and this is the call to beg, press 6”. Acerbic wit via calm, sultry vocals like it ain’t no thang. Untouchable.

It’s been a good year for R’n’B! So much so it’s become a buzz word. Jim Dunloop’s LP ‘Opus 78BPM’ on BBE Music has come out of nowhere. Dilla-inspired beats, neo-soul, hip hop and all that other good stuff come together for a really solid end of year release. I keep mentioning Erykah Badu but it’s hard to imagine this album existing without her influence. The tempo of every song clocks in at 78 beats per minute, which highlights the perception of pace and actual speed are often quite different. Interestin’. Jim brings 30 years of jazz piano playing to the table, i.e. he’s the real deal. Apart from this release, BBE’s output this year has been relentless, releasing music by Bilal, Inkswel, Ghostchant and countless others. I put them in the same category as Soul Jazz / Universal Sounds. I don’t know where they get the time, energy or indeed money to do what they do – releasing the cream of old and new music both digitally and physically. The world is lucky that people like this exist.

4. D’Angelo and The Vanguard – ‘Really Love’

D’Angelo has gifted us with new music after a 15 year wait. A full album and live tour no less. Listening to D’Angelo is good for your health. Truly beautiful.

5. The Reynolds – ‘Don’t You Worry Baby The Best Is Yet To Come’

Greg Wilson is well and truly back on the scene burning up dance floors the world over. He’s also been back in the studio producing and putting out records. The first time I heard this was via poor quality laptop speakers so I didn’t notice the modern production. I thought it was an old disco record getting the reissue treatment, but no, it’s a brand new 2015 release with a lovely and genuine nod to the past. Loads of people are trying this and making a balls of it – this is the real deal. Seems to have gone under a radar which is a shame.

Chilean born, Bristol based Shanti Celeste has been quietly killing it recently putting out mellow, contemplative deep house & electro tinged records, equally relevant at home in your sitting room or on a busy unce-unce Saturday night dance floor. She’s a killer DJ, producer and co-runs the record label Brstl. What I like about Shanti is you can tell she’s doing her own thing, no scene or trend is gonna dictate her next move. I mean, electro’s popularity must be at an all-time low but she digs it so you can hear it in her sound, simple as that.

Gritty lo-fi deep house on some trendy hyped up vinyl only label from Berlin. I love and hate this kind of thing in equal measures. The music is good, but all the pretentious ‘vinyl only, no digital release’ stuff drives me crazy. It limits the music to a tiny demographic. Surely the point of releasing music is to spread it far and wide? This kind of carry isn’t gonna save the record industry. I’ll say no more.

Mid-tempo, soulful, string laden disco number originally released in 1980 (sounds more ’70s though) by one hit wonder Mary Clark. It was reissued this year on Bill Brewster’s ‘P&P Records Soul/Disco Anthology’ compilation. The cover describes it as a “legendary underground independent New York ghetto soul & disco label”.. so if you’re a disco freak you know what to do. P&P was run by Patrick Adams & Peter Brown, two serious movers and shakers from the golden era of disco, soul & boogie music.

These guys are my favourite Irish act of recent years. Loads of energy & swagger. Bringing ’90s grunge / rock firmly and uncompromisingly into 2015. Anyone into Nirvana, The Pixies et al, you’re probably already a fan, but if not, get on it. They perform frequently around Ireland so keep an eye out and do try see them live. I don’t listen to a whole lot of ‘rock music’ at home, but a Bitch Falcon live show will blow you away. It’s refreshing to see them doing so well. They work hard for it and I’m really looking forward to seeing what 2016 brings for them.

I’ve been hooked on this modern R’n’B cut since it came out. Don’t have much info on Tayá though. She’s a young vocalist from Liverpool, that much is clear. Seems to be getting attention from all the right places so let’s hope big things happen for her in 2016. She has a great voice. You never know, we could have another Aaliyah on our hands.