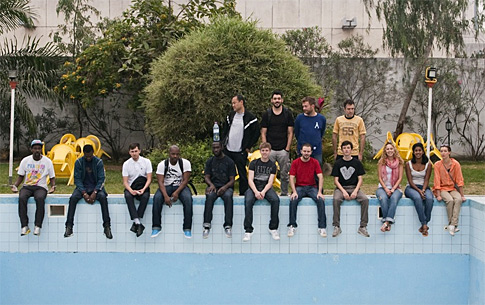 Some really interesting clips and photos were coming out of the DRC Music Tumblr while the western musicians led by Damon Albarn were recording in the Democratic Republic of Congo. The full team of producers who are: Damon Albarn, T-E-E-D (Totally Enormous Extinct Dinosaurs), Dan The Automator, Jneiro Jarel, Richard Russell, Actress, Marc Antoine, Alwest, Remi Kabaka, Rodaidh McDonald and Kwes spent five days working with Congolese musicians last month and the album Kinshasa One Two, which was recorded for Oxfam will be released digitally via Warp Records on September 30th with a CD/vinyl release to follow on 4th November. 50 local performers contributed to the recording,.

Proceeds from the album will benefit the local performers and Oxfam’s work in Congo.