Download a ZIP file of Kaytranada originals, remixes and edits

Most festivals sell themselves on that special moment, that once-in-a-lifetime opportunity, the performer that will do something that you’ll remember forever that can only happen that weekend. Most festivals in Ireland take place about hour from the Red Cow though.

Festivals have matured in the last 15 years. Electric Picnic/Oxegen once felt like the apex of what a festival can be but then we discovered, perhaps a better idea is to go smaller rather than bigger? To cater for a few, than for all? Castlepalooza,  Airbound, Valentia Island, Vantastival, Knockanstockan and Barndance are some who have catered successfully to specific tastes and audiences.

Even smaller though? How about a festival on an island populated by 257 people in a remote part of the west coast of Ireland? Welcome to Drop Everything, a festival that asks more of its attendees than most. There’s the journey. By ferry or by plane (if you’ve got eight people to charter one that is) is the only way to get to Inis Oírr off the coast of Galway, on the edge of the Atlantic.

Then there’s the experience. The first Drop Everything took place in May 2012. The second edition takes place this month from Friday 23rd  to Sunday May 25th. Diversity is the key but creativity is common. Much of what takes place won’t be announced in advance but you can expect an emphasis on creators and creativity: live performances, talks, visual art, design, contemporary culture, an island-inspired cocktail bar, observatories, DJs and whatever you’re having yourself.

Drop Everything is limited to the 277 funders who helped make it happen. 277 descend on an island of 257.

Mary Nally is the festival’s chief organiser and as well as the first edition of Drop Everything, she put on No Way Back, which took place in a NAMAfied leisureplex last August as well as Steffi and Virginia on on Inis Oírr and most recently No Way Back NYC.

I asked her to tell me a bit more about the festival, but not too much. Her music playlist for Drop Everything follows.

Let’s go back to before Drop Everything started. What brought you to the idea of the event? Were there festivals you’d attended that inspired you?

I sort of feel like the idea was always there. One of many. Before this event I’d run a small visual art festival and a fair few parties in Galway for a few years so in a way it was sort of an evolution of that.

As for other festivals and events that inspire(d) me, there definitely is, but not in the ‘I want to recreate that’ sense, just in a more general professionalism, design, deliverance and vibe sense, the huge ones like Sonar, Iceland Airwaves, the Venice Biennale are the main ones that spring to mind, but I have no desire to create something enormous or be on a level like that.

There’s a festival called Lunga, in a small town that I used to live in called Seyðisfjörður in the North East of Iceland, that is probably closest in style and concept. I haven’t actually been to the festival I just heard about it from pals there after, but it’s weird cos it seems totally similar and they’ve started a school, which I’d love to do. I gotta go meet them I think. Maybe we could do a ‘twinned with’ vibe like they did with every town in Ireland that time.

Anyway, aside from that and the big stuff it’s really just inspired by everything and everyone, every experience, every randomer I meet, every underground club night and high end speakeasy, every piece of theatre or new city, and the island, islands, the ocean, whatever. All tiny little bits.

If you’re not coming just because you decided to back an idea, cancel everything and go to an island for no other reason than you’re up for a random adventure and want to see/hear/taste/kiss/experience something or someone new or interesting than it’s probably not for you.

You spoke before about a plan to emigrate, is that something you’re considering still? As someone who is not going anywhere, it’s heartening to see  creativity flourish here…

I will never not consider it. I love Ireland and it wrecks my head in equal measures, but anywhere will if you stay there long enough. It’s an incredible base though, geographically speaking. So that works for me. And I am finding it quite interesting right now so I might see about doing something a little more established here for a little while. Might.

How has the experience of Drop Everything affected your view of Ireland and your own place in it?

Maybe I fell in love with the idea of Ireland? But as usual ideas are just that, then reality kicks in and it’s a disaster of bankers and whatnot and it’s all demented and overwhelming. And I find it very overwhelming and confusing, but ya know, in our own small way we can create a moment and maybe those moments can become movements. And I think the moments are worth making. So that’s my place. I think.

What draws me to a festival like this is the growing community of creatives in different fields who are interested in getting involved, doing and attending. Has that been your perspective?

Always and only. I’m interested in the crossover of skills and the ways we can help each other out and make new shit. The old and the new.

How does the dichotomy of putting a forward thinking new festival on an traditional and individual island work? It seems there would be clash in ideals and culture? How does the meeting of those two groups bring a benefit to each other do you think?

Is it forward thinking? Is it a festival? Or is it just a gathering of people who want to do stuff and make things and meet new people. If there was a clash I wouldn’t do it, the locals are my first priority, if they aren’t into it I certainly won’t be, this is their home and I’m fucked if I’m gonna rock in all mad ideas and not include them. People are people, a fisherman can appreciate contemporary art just as an artist can appreciate a fisherman’s work. The understanding and appreciation between different worlds is what it’s about.

I like the idea of not announcing too much of the activities/lineup in advance, how much will you be giving away and how much room is there for surprises?

Yeah the lineup should be irrelevant. If you’re not coming just because you decided to back an idea, cancel everything and go to an island for no other reason than you’re up for a random adventure and want to see/hear/taste/kiss/experience something or someone new or interesting than it’s probably not for you. Dja know?

It’s really about the idea behind the event as opposed to the specifics of what’s happening, I would hope to develop a level of trust with the funders, and that they would believe I create and interesting lineup / set up, but you know, we won’t know until 2016…

How many people do you have helping you?

Síomha Nee, my family, her family, our pals, Pat Neary, Kevin Hughes, Amelia Colleran, Aoibheann MacNamara, Mick Murray, the Islanders, all the participants that agreed to participate, two interns, a few volunteers and currently 277 funders. So yea, a few like.

What would you like people to do off their own backs when they get there?

Be sound and be safe. Mind their pals, meet new pals.

What do you hope people get out of it?

A decent memory that makes them scream laughing when trying to re-tell it. Obvz.

‘So this is a playlist of a combination of what I listened to organising both this and the last DE and tracks from some of the artists who participated in both.”

Track 1. The Gloaming – Samhradh Samhradh
For a number of reasons, but mostly cos I’ve listened to it on repeat and its title and lyrics work for our time of year. Plus it’s only right to start with a bita Irish.
Track 2. Múm – Oh How The Boat Drifts
Again the title works a dream, also Silla and Gunni of Múm performed this is the tiny side bar of Tigh Ruairi’s to an audience of 3 locals and 7 stragglers the monday after DE12.

Track 3. Sóley – Smashed Birds
Another Icelander and the track that snapped me into making DE happen, I had her booked before I had the island approached. The first act I ever asked to be involved.

Track 4.  Future Islands – Balance
Who I discovered organising the first edition, obviously the title drew me to them, and what a find. On The Water was my no.1 go to album for 2012 and without a doubt Singles is this years.

Track 5.  Molly Nilsson – Lend Me Your Love
I was struggling to find the right fit for a slot this year, normally I just happen upon what’s gonna happen so it was weird to have to make a conscious decision to seek out an act via the internet or recommendation. Anyway I’d tried that and wasn’t working for me so I hit up my pals site Fractured Air and just decided to play their mixes and see if anything grabbed me. This song did.

Track 6. Colm K – The Attic
He’s DJing on the Saturday night and this track is just a beaut.

Track 7. White Collar Boy – Another Way
The boys kindly let us use this track for our little promo video, and if we’re lucky we might hit them for one or two more on the island.

Track 10. Heatwave – Forever, Murat Tepeli (Prosumer’s Hold Me Touch Me Remix)
The garden in Tigh Neds. Steffi & Virginia. Someone saves the right speaker of the soundsystem and this drops.

Track 11., The Talking Heads – This Must Be The Place
The less we say about it the better. 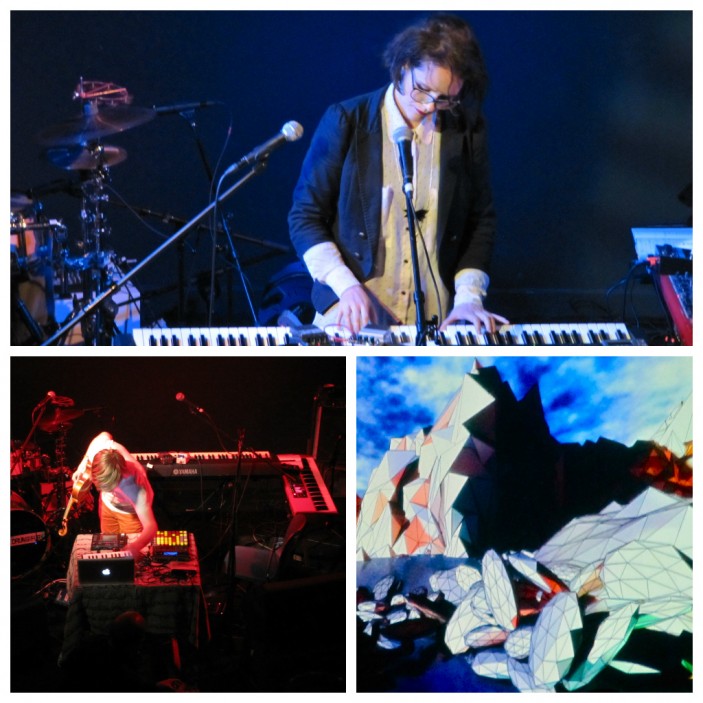 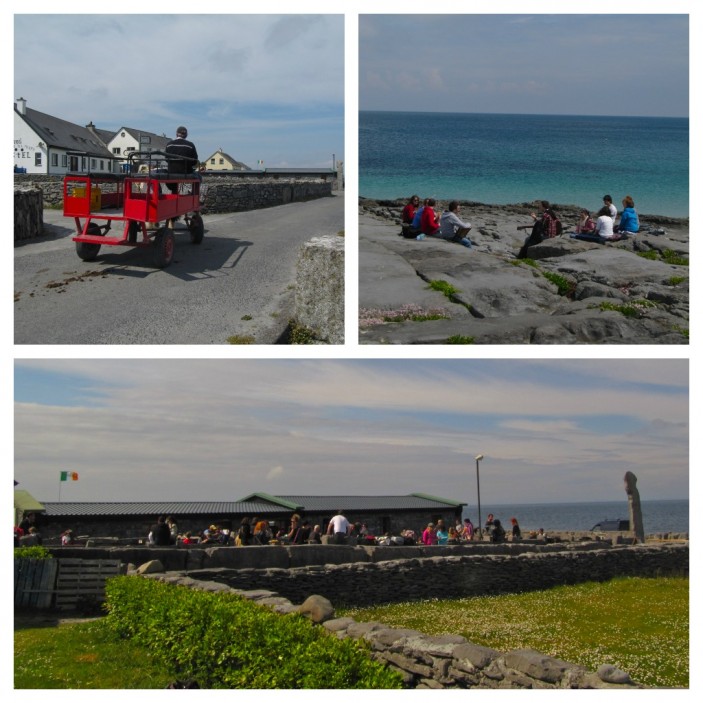