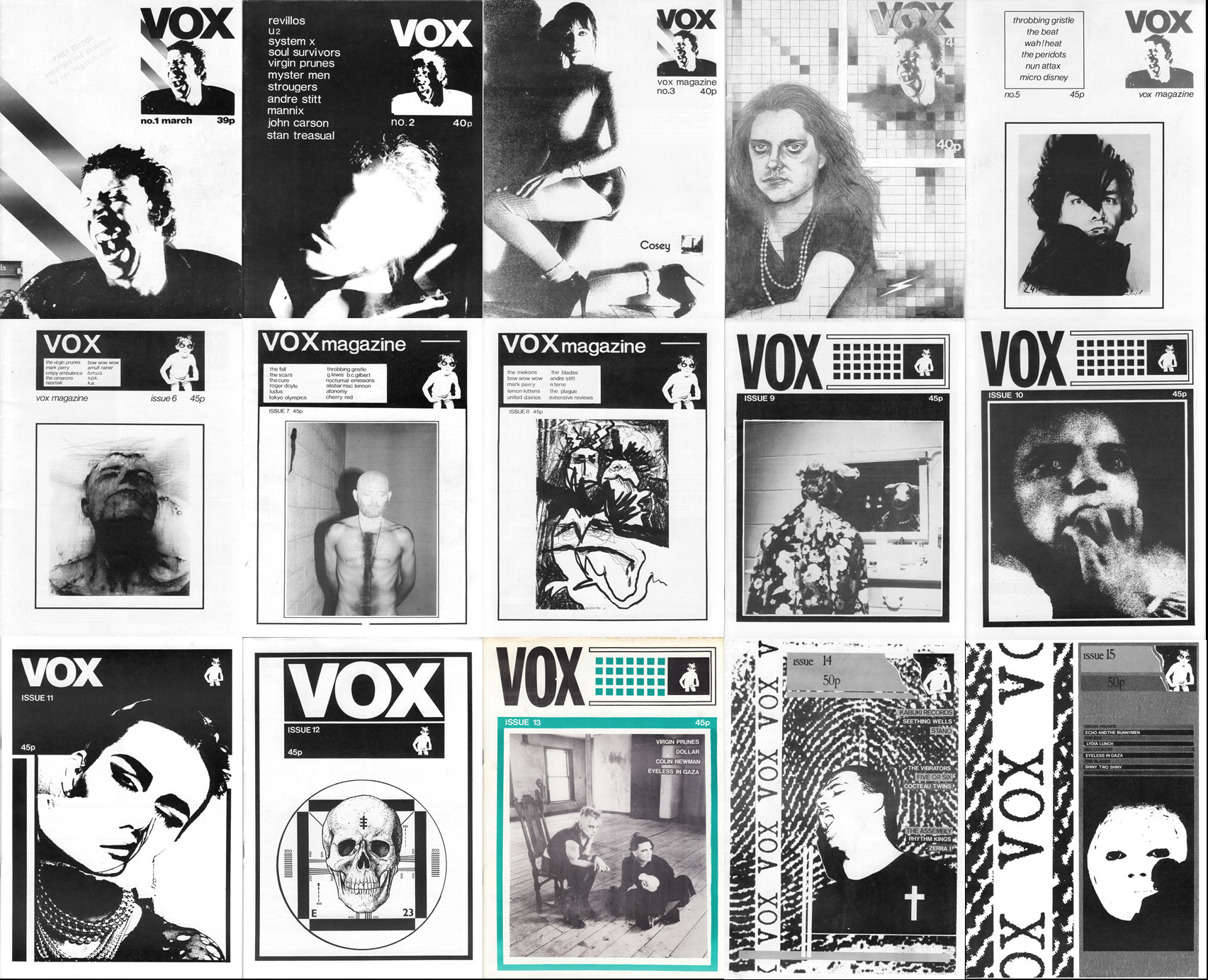 At a time when post-punk, shoegaze and related sounds are to the fore of Irish independent music, and All City’s Allchival imprint (among others) are shining a light on long-lost tunes from the country’s embryonic DIY age, the time is about right to collect some of the writings and media of the time, both to accompany this resurgent interest, and to document & contextualise the existence of independent music publications such as this and other websites and publications.

Good timing, then, for Vox, a Dublin-based magazine rooted in the city’s nascent post-punk and avant-garde scenes at the time, to be anthologised and reissued, coming this month via Hi-Tone, the publishing house previously responsible for the ‘Where Were You?’ anthology of Dublin youth culture from 1950-2000.

Founded by Dave Clifford in 1980, Vox, over its fifteen issues featured an array of music, ranging from Throbbing Gristle to Christy Moore; conceptual and performance artists, including Alastair MacLennan, Andre Stitt and John Carson; as well as broadsides, manifestos, photographs and visual art.

With an international subscriber base and a consistent aesthetic, the magazine was a pioneer in coverage of DIY and independent music in Ireland, and this new edition comes with new writings and academic analysis, including an opening from Allchival/Quare Groove cratedigger John Byrne.

‘VOX Complete 80-83’ launches on Thursday January 24th, with an event at the Gallery of Photography in Temple Bar. Entry is free and kickoff is at 6.30pm.

The book can be pre-ordered now from Hi-Tone Books. Freebird Records on Wicklow Street and Spindizzy Records at George’s Street Arcade will also stock a limited amount of the book from the following day.

Read an interview with co-curator Garry O’Neill for Totally Dublin.

Check out some of issue 4 of the mag, courtesy of Brand New Retro.