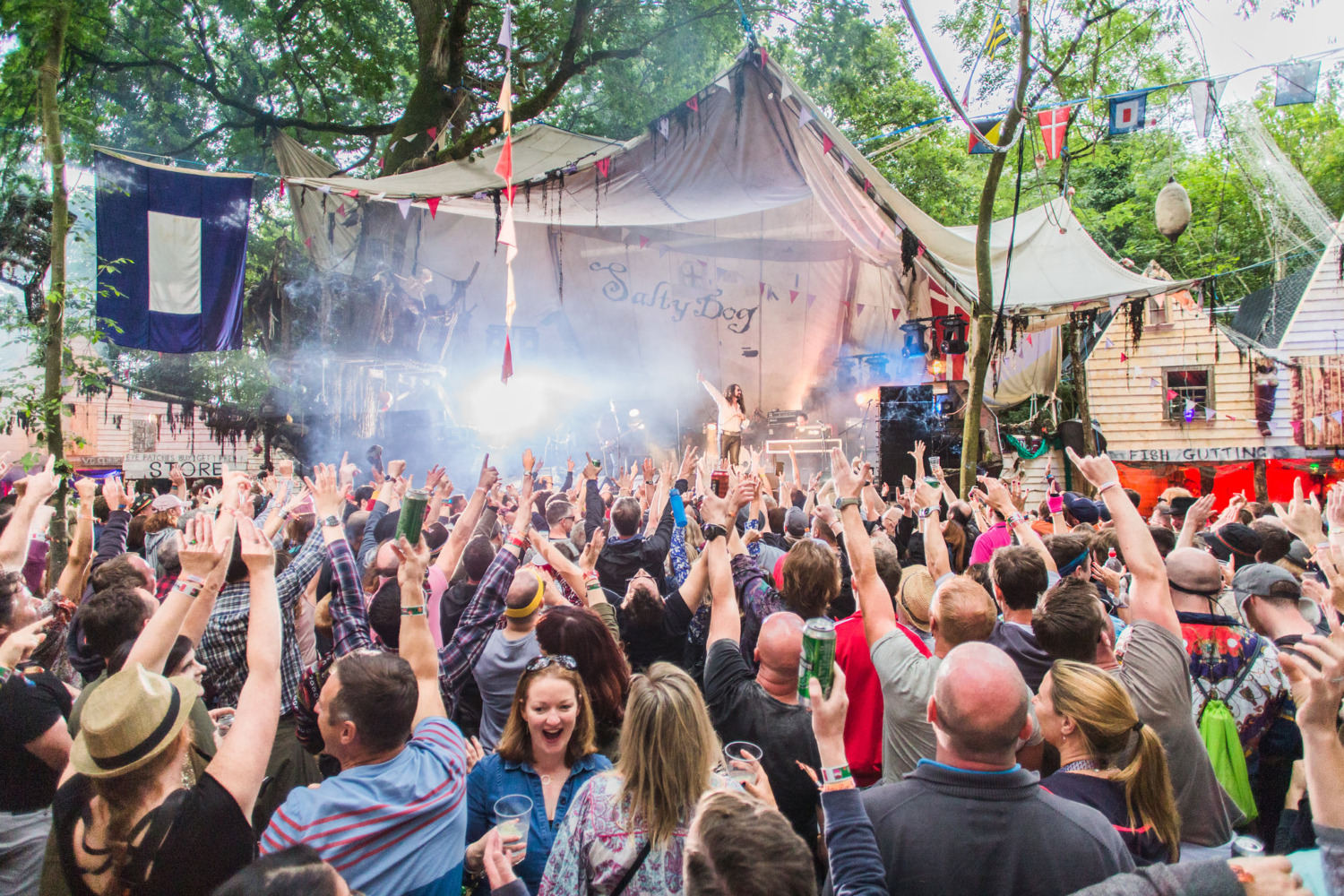 Denise Chaila, God Knows and MuRli are performing a Narolane set with guests at Electric Picnic Three’s All For Music stage

The Salty Dog is the latest (and maybe last?) area to announce its lineup for Electric Picnic this year.

The festival in Stradbally announced Fish Town earlier this week and the last of the main lineup last Friday.

Here’s whose lined up for the battered angled deck of the Salty Dog:

From the Salty Dog’s mouth?…

The passing of time has made little difference to the gradual decomposition of the infamous shipwreck into the forest bed. The battered deck of the Salty Dog, wheezing under the strain of several years of wanton neglect, invaded by rot and rust, will be disguised with a lick of paint the day before the festival.

Minstrels – press-ganged, poorly paid, drenched in bootleg rum, and barked at by the strawberry-nosed stump-toothed captain for leaving guitar picks lying around – find themselves wondering why they are standing surrounded by such decay.

Why? Because the Salty Dog is where your parents never wanted you to end up, and that’s why you are all there. Including your parents.

There is a big change: The Salty Dog is now an enclosure, not a corridor, back like the old days. A new dockside has been built. It hasn’t been checked by the safety people yet, but we’ve left money in the glove box.

The turn-of-the-century harbour that provides a bosom to the decadent Salty Dog will once again come to life – if ‘life’ is the right word for the kind of riff-raff that frequent this miscreant port. The scurvy-riddled crew barter for washed up buoys and stolen lobster pots with a man in a van near Bunclody, and scavenge for anchors and sails from a shipyard in the dead of night. Lights are slung high in the sky and The Salty Dog is ready: hustlers, rustlers, duckers and divers move like critters around the port, feigning honesty with unsavoury grins, doing anything at all to turn a dime – blood spatters from the crude dentist shop, tattooed giants arm-wrestle girls for ale, grime-covered merchants hawk smoked fish and contraband oysters, warty ladies mend fishing nets and croak shanties at each other, and unqualified doctors offer guidance for unsavoury medical complaints.

Salty Dog – life at the bottom of the barrel. Arghhhh, it is good to be back!

Denise Chaila, God Knows and MuRli are performing a Narolane set with guests at Electric Picnic Three’s All For Music stage