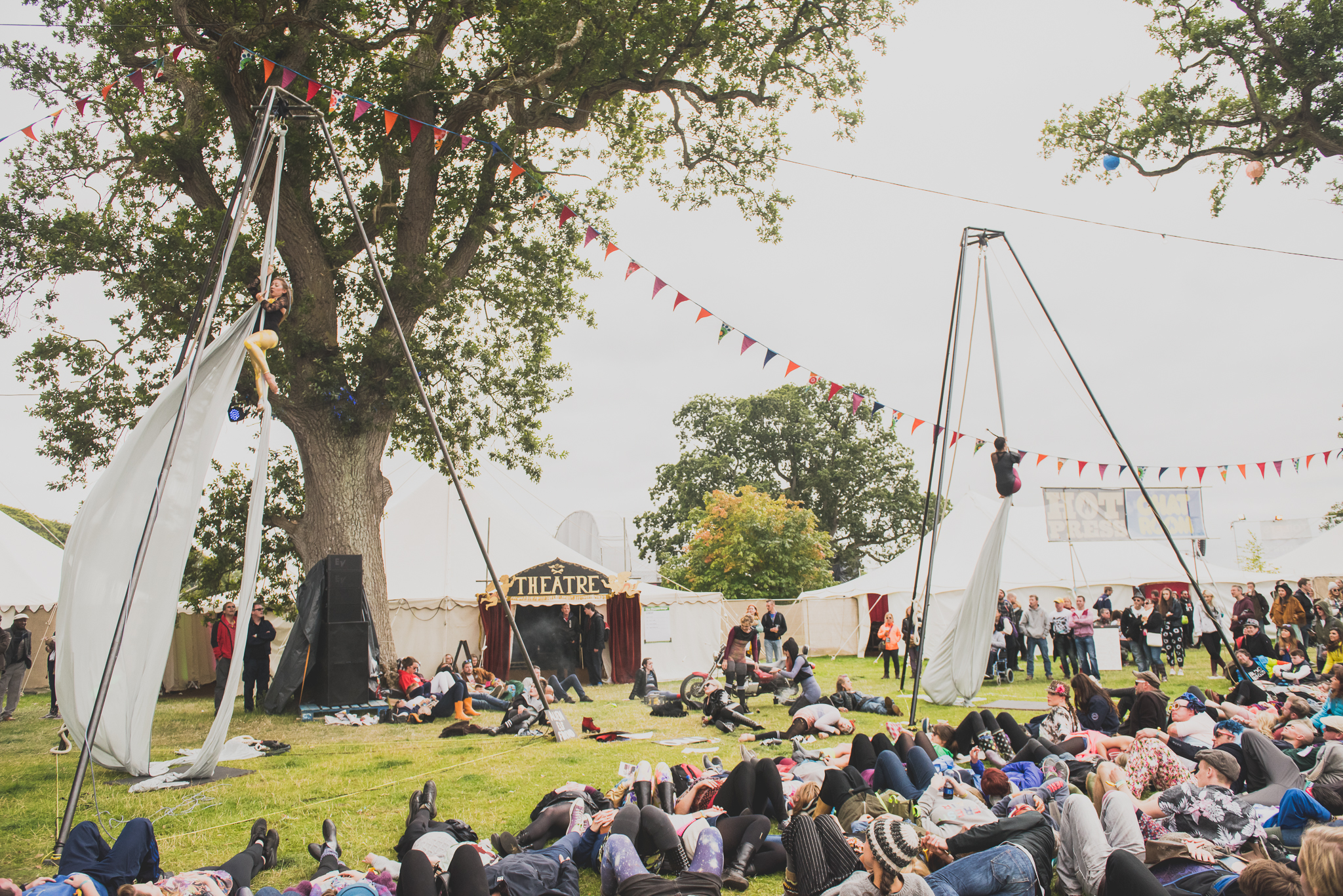 The Mindfield area at Electric Picnic has been announced for this year and the overall theme is Future States, inspired by the themes that have emerged from Ireland’s 1916 centenary commemorations and in the context of growing international turmoil, this year’s MindField at Electric Picnic looks to the future of this State, its citizens and our relationship with the world beyond.

Here’s a rundown from the press release:

The Twenty One Sixteen Parliament chaired by Ceann Comhairle Blindboy Boatclub of the Rubberbandits, with speakers including Prof Luke O’Neill of TCD, Dr. Rhona Mahony, Master of the National Maternity Hospital and Rosaleen McDonagh, a playwright from the Traveller community.

Blindboy Boatclub will also present What the F**k is Culture Anyway? with a panel of “gasc*ntists” who will try to get a handle on what culture means to Irish people and what Irish culture means to the world.

History Ireland Hedge School asks whether the Battle of the Somme was a heroic sacrifice or senseless slaughter and explores festivals from the Feast of Uisneach to Electric Picnic and what makes humans need to gather and get intoxicated!

The 3Debates will be hosted by David McWilliams featuring ground-breaking live audio-visual mix and online commentary from 3Pin Audiovisual.

In conjunction with the Irish Research Council, The Experts Bite Back is a new show which fact checks claims by politicians and the media on recent controversial issues and gets to the truth of the matter, aiming to see if we can make better decisions based on reason rather than emotion.

Amnesty Hour will look at the new global plan for refugees amid the growing international crisis. Host, Audrey Carville talks to Syrian refugees and Ghias Aljundi and Rhazan Ibraheem about their stories, together with Amnesty Ireland’s Colm O’Gorman.

is presented in partnership with Dublin Theatre Festival and features:

Always Alone Together is a thrilling feat of solo storytelling in which writer-performer Cathal McGuire draws these disparate threads together into a sweeping, cinematic narrative of friendship, betrayal and the search for belonging.

From Eden is a new play by Stephen Jones, directed by Karl Shiels and starring Stephen Jones and Seána Kerslake. (Winner of the Stewart Parker Trust/BBC Radio Drama Award)

Rebel Rebel by Robbie O’Connor and Aisling O’Mara is presented in association with ANU Productions. Dublin, 24 April 1916. Ireland’s leading actors abandon a matinee of Cathleen Ni Houlihan. Stepping out of their costumes and taking their revolvers from beneath the Abbey stage, they march to Dublin Castle. Firing the first shots of the insurrection they destroyed the status quo and changed forever the course of Irish history. Directed by Louise Lowe.

16 and Rising presented Super Paua with the support of the Arts Council.

It’s 2016, and in the midst of vicious austerity, emigration, and a housing crisis, the young people of Dublin are becoming increasingly disenfranchised with the state of the nation. From their base in the autonomous St Enda’s squat, a secret revolutionary organisation of women and men plan an insurrection that will transform the city, and challenge the survival of the 32nd Dáil. An ambitious act of fictional class warfare and dubious historical revisionism, 16 and Rising asks viewers to consider whether their society is dystopian enough, yet, for revolution.

THE WORD: POETRY AND SLAM

For Science Gallery’s 7th appearance at Electric Picnic you’ll find us at the wonder-inducing Mindfield Arena. Our current exhibition SEEING is our most popular ever, so we’re excited to play with your perception at Stradbally. How do “We see with the eyes, but we see with the brain as well. And seeing with the brain is often called imagination.” Dr Oliver Sacks.

Last year we kept it a SECRET but this year we want to challenge your viewpoint, ignite new perspectives and explore your imagination in FUTURE STATES. Brilliant minds will inspire, challenge and perplex you while entertaining art-science mashups will blur boundaries between human and machine. Expect to get hands-on, open your mind, and look at the world around you in a new light. You’ll have to see it to believe it…

Bígí linn for a bigger than ever celebration of all that is wonderful about the Irish language in all it’s weird and beautiful forms. Highlights include Tara Mooney – Seamstress and songstress from Contae An Chláir; Na Gaibairí– Rap has been adopted as the urban lyrical medium in almost every country in the world and the Gaels of Éire have also been thus inspired. The Word up Collective present Mc Mupéid – Conemara Native with the words spilling oout of him like milk from a cow; Anti One – Growing up in Dublin on punk and rap in equal measure, Anti-One approaches hip-hop in true DIY punk fashion.

There’s Tebi Rex – Pop meets rap from this Oreo duo from Maynooth; Tura Arutura – Zimbabwe native Tura has learned to speak Irish, sing and do sean nós dancing, he mixes this with his own native singing and dancing to wonderful effect; Rua – award winning Magician Paul Gleeson. Don’t miss Reic, hosted by Ciara Ní Éanacháin as she presents a collection of grungy Gaelic linguists adapting to the technological world. Niamh de Barra – experimental loops and vox ; Carrie Harding – dreamscapes and floating songs; Imbolc –Ted Talks as Gaeilge; Google Gaeilge Karoke – 80s pop songs transgooglelated to Irish with backing tracks and video and all accompanied by the live Kareoke quartet and of course: Caiberét Craicealta – Caberét of Bands singers and performers who sing as Gaeilge hosted by one R na G’s and Éire’s most energetic presenter’s Rónán Mac Aodha Bhuí. And that’s all just a taster of a smorgasbord of cultural and linguistic delights.