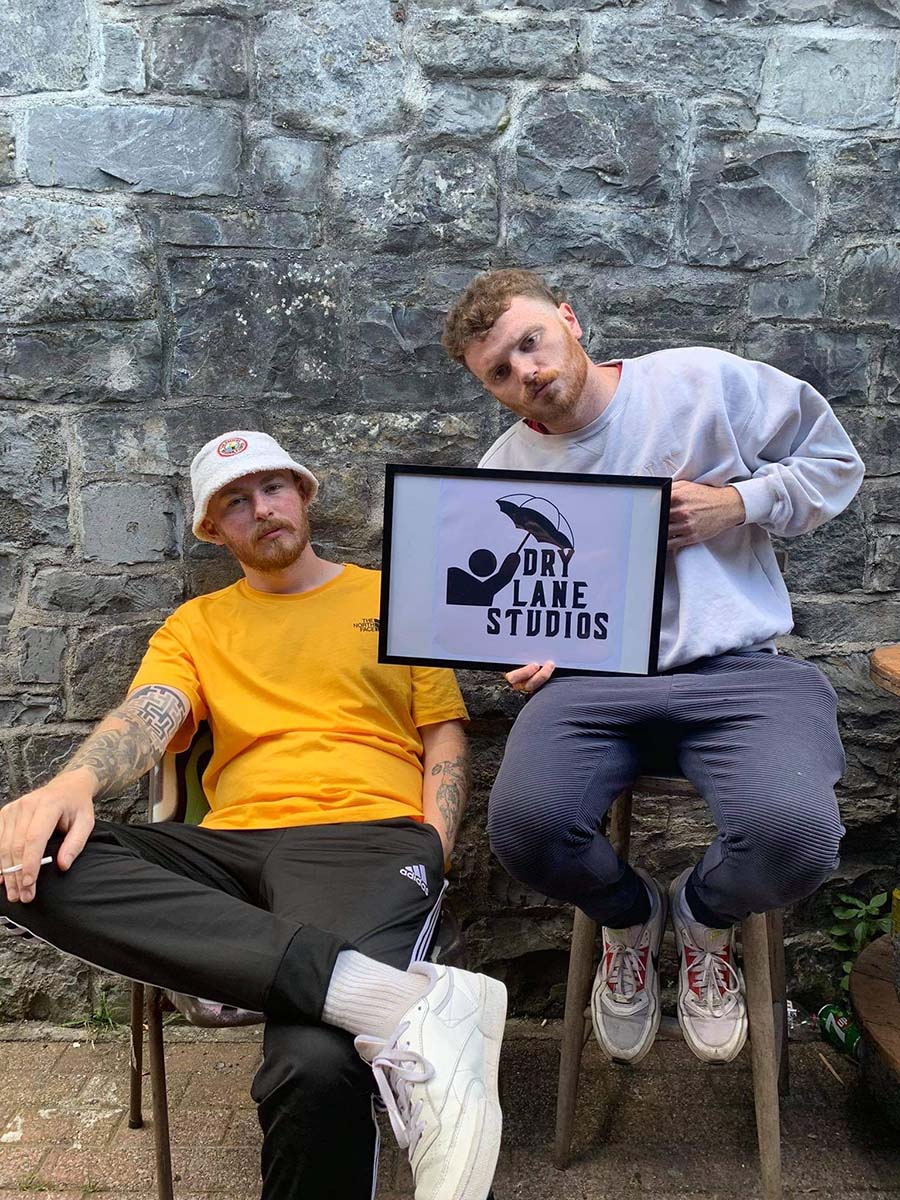 Limerick City is now known as home to some of the South west’s top hip-hop artists. A home from which they have consistently produced an immense standard of music and performance, during a time when live performance and arts seemed at their bleakest in Ireland.

From Hazey Haze’s prolific output to Aswell’s ‘Weight‘, to Denise Chaila’s Go Bravely and the label PX Music, the riverside city has solidified itself as an expansive hub of genre blending hip-hop throughout the last year, and beyond.

Citrus Fresh aka Michael O’ Donoghue (or Miserable Explicative as he is also known) recorded his debut album Operating System down in the city’s Dry Lane studios during 2020, releasing the soulful 12-track in early December.

With 40Hurtz (Eoin Maguire) and Danny Lanham providing production and instrumentation respectively, the album set Citrus Fresh and Co. on a trajectory in alternative Irish hip-hop.

Now almost a year on from the release and on the cusp of live music within venues, we spoke to Michael and Danny about their reflections on making Operating System and what the future holds.

“I think we started making finished tracks for the album around, maybe late October or early November, maybe even before that. So there was already a couple of months where the album was being mixed down.” Michael said.

Gesturing over at Danny sitting by the door: “Coming off the tail end of the first lockdown when we were heavy into the album process, Danny and I were sleeping here, six nights a week, eating here and washing here

“I don’t think the album would have been the quality that it was if we that didn’t happen,” He continued.

Danny provided the live instrumentation for the album, creating the jaz- induced haze that surrounds the work, Citrus said it was a major influence on both of them: “If I had to really look deep inside myself it’s because I really wish I could sing King Krule kind of stuff, really jazzy stuff.

“But I don’t have the confidence or the ability. So I think, okay, I will go as far as I can with this.”

Like many artists who brought music to the public over the last year, the restrictions placed by the pandemic underpinned how Citrus, Danny and 40Hurtz could work throughout the album process.

Because of guidelines, only two people could come into the studio. This meant a shift in how they approached work; they had to make the most of the time they had: “When you can only be in there with one other person. It almost feels as if we’re here to work now. It almost feels as if you have to force it a little, almost. That means it doesn’t seem as lackadaisical as, Oh, I just had this idea about this lyric?

“So I find that process to be quite different from sitting down going, ‘I have to create music now’ Because this is my allotted time.”

Working as a producer, musician, manager and all rounder down at the studio Danny has been fully involved in every facet of PX music’s existence from “helping all the boys write tracks and music” to “management and PR.”

Although Danny has had his fingers on every button, honing down on one memory from making the album couldn’t be done: “There were a lot of good times. I think that looking back now I loved playing Dolan’s (at the album launch for Operating System).

“I know that wasn’t making the album but like that was something special. The whole album process was special,” Danny said.

Making the album down in Dry Lane solidified the place as a hub of creativity and musical companionship for the artists in a time when so many could not get creative in the ways they were used to, on the stage.

This is a sentiment felt across the board for artists and although a longing for gigging is at the back of their minds, the studio has become some sort of home.

“I think we’re all mad to kind of get out of the studio and get gigging, and do that for a while but, this is HQ really, this is where we can come in and have a chat or come and have a beer.” Danny continued.

Despite the studio becoming the main base of operations, Michael has said performance is still at the forefront: “I like the idea of making the music to recreate it, rather than making the music to press play on it again, well at least that’s what I’m getting into recently anyway.

“That could change the game, to have Danny playing the bass with me, or a drummer.”

With gigs making a slow but triumphant return throughout the country, the future for Citrus Fresh and friends seems bright and the future for Limerick hip-hop seems even brighter.

The best new tracks released today: Kendrick is back, Ross From Friends, Godford and more