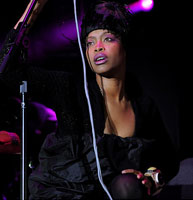 Badu tweeted this song earlier today. It’s the first official single from New Amerykah Part II: Return of the Ankh which drops in late March. This is the Badu laidback as you know her well with Questlove on drums and co-produced by Badu and James Poyser.